LATAM Airlines Group SA (NYSE: LTM) stock rose 3.6% on March 4th, 2020 (as of 10:20 am GMT-5; Source: Google finance) after the company in the fourth quarter of FY 19 has reported 3% rise in the total revenues to US$2,870.6 million, which is an improvement of 3% year-over-year. This increase was mainly due to a 6.5% increase in passenger revenues due to a 3.2% capacity growth (ASK) together with a 3.1% increase in passenger revenues per available seat kilometer (RASK). LATAM Airlines Group has reported an operating income of US$350.4 million in the fourth quarter of 2019, which represents a 2.1% rise compared to the same period in 2018. LATAM’s operating margin reached 12.2%, while net income totaled US$227.1 million in the fourth quarter 2019. 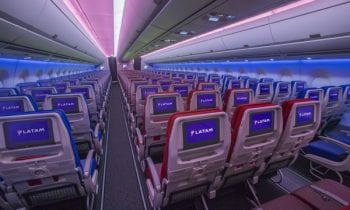 During 2019, LATAM and its affiliates had carried over 74 million passengers to five continents, which is an increase of 5.4 million passengers compared to 2018 and the highest ever in the history of LATAM. This passenger growth was due to domestic affiliates, both in Brazil and in the Spanish-speaking countries and consolidates LATAM as the leading airline group in Latin America and one of the largest in the world. Further, in 2019, LATAM had focused its investments in its customers. These investments include the acquisition of the minority stake of Multiplus, the upgrade of the cabins of the Airbus A320s and the Boeing 767s and 777s, customer-oriented initiatives at airports and investments in digital tools, among others. Despite this, LATAM’s leverage stood at 4.0x as of December 2019 and showed a reduction from the 4.2x at the end of the previous quarter. Cash flow after investments had reached US$1.1 billion and liquidity reached US$2.1 billion, including cash, cash equivalents and US$600 million of an undrawn revolving credit facility (RCF), equivalent to 19.7% of the last 12 months’ revenues.

Meanwhile, Delta Air Lines (Delta) had launched a public tender offer to acquire shares of LATAM Airlines. The tender offer was finalized on December 29, 2019, resulting in Delta acquiring the 20% of LATAM’s shares at US$16 per share. In addition, apart of the acquisition of the 20% of LATAM by Delta, LATAM’s affiliates in Colombia, Peru and Ecuador recently implemented codeshare agreements with Delta, the affiliate in Brazil already announced a codeshare agreement that will come into effect during first half 2020 and the company expect that the affiliate in Chile announces codeshare agreements during first half of 2020, subject to applicable regulatory approval.