The main driver on the GBP will now be about which party is leading the polls. If the conservatives are leading the polls, expect GBP strength. However, in order for the polls to strongly impact the GBP there needs to be a shift in the polls from what was known previously. e.g. what has changed?

So, yesterday we saw such a shift when Nigel Farage announced his plans to stand down candidates at the General election in order to try and avoid a hung parliament. This means that the conservative party would have a greater majority and a hung parliament would be less likely. This led to the GBP being bid, as buyers immediately entered the market.

If , for example, there was another sudden 5% jump in the Conservative party share of the vote to say then GBP buyers would jump in to the GBP on that news again. So, traders will be watching these polls, for news that shows a shift from previous figures. Trading the fresh sentiment shifts is a strategy used by many professional traders. Watch out for it! 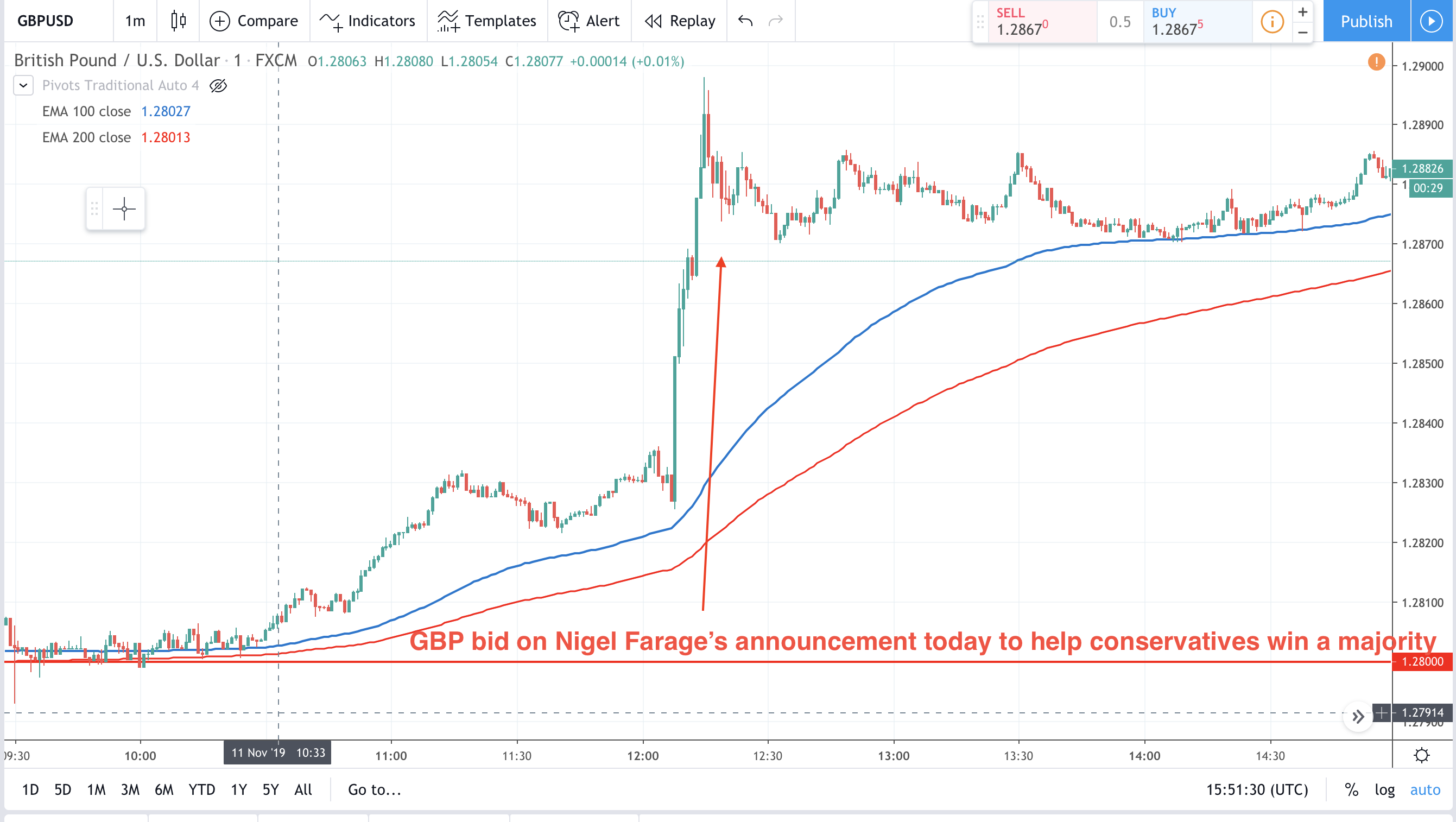