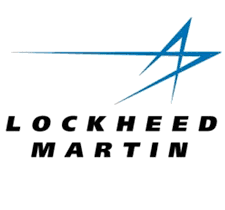 As per the division performance, Aeronautics’ net sales rose $953 million, or 17% against pcp driven by $700 million sales for the F-35 program on the back of better volume on production, development, and sustainment contracts; and about $125 million for higher volume on classified development contracts. The division’s operating profit rose $147 million, or 25% against pcp. MFC’s net sales rose $390 million, or 16% during the quarter against pcp driven by over $295 million sales for integrated air and missile defense programs due to increased volume (primarily Patriot Advanced Capability-3 (PAC-3) and Terminal High Altitude Area Defense (THAAD)). The division also witnessed $150 million for tactical and strike missile programs on the back of rising volume (primarily Guided Multiple Launch Rocket Systems (GMLRS) and High-Mobility Artillery Rocket Systems (HIMARS)).  With regards to the RMS’ net sales in the second quarter of 2020 rose $271 million, or 7% against pcp. The division saw over $240 million for Sikorsky helicopter programs driven by rising volume primarily on Seahawk production programs and VH-92A production contracts. RMS’ operating profit rose $82 million, or 24% against pcp. Space’s net sales rose $179 million, or 7% during the second quarter of 2020 against the same period in 2019. Positive performance of this division was driven by net sales of over $90 million for government satellite programs driven by rising volume (primarily Next Generation Overhead Persistent Infrared (Next Gen OPIR)); and over $85 million for strategic and missile defense programs