The Canadian dollar weakened to close out the trading week, driven by a significant rally for the greenback. The loonie took a hit on a stronger-than-expected US jobs a report and worse-than-expected Canadian jobs numbers. What is happening up north and for the loonie?

According to Statistics Canada, the Canadian economy lost 30,600 jobs in July, missing the market estimate of 20,000 new jobs. The unemployment rate was unchanged at 4.9%. The labor force participation rate also eased to 64.7%.

This is in stark contrast to what happened in the United States. As FX Daily Report noted, the US economy had a monster jobs report in July:

The big story on Friday was the better-than-expected July jobs report. According to the Bureau of Labor Statistics (BLS), the US economy added 528,000 jobs in July, more than double the market estimate of 250,000. The unemployment rate dipped to 3.5%.

The labor snapshot was broad-based, with nearly every sector reporting job growth, led by leisure and hospitality, professional and business services, and health care.

Meanwhile, the Ivey Purchasing Managers Index in Canada collapsed to 49.6 in July, down from 62.2 in June – anything below 50 indicates contraction. Employment levels dropped and inventory levels eased. However, supplier delivery times slid and price pressures eased. 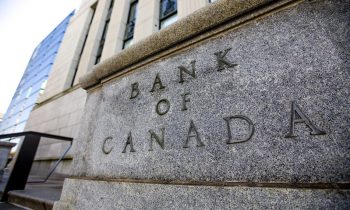 The consensus moving forward is that Canada’s economy and labor market will continue to weaken.

“With that said, the labour market still remains tight and there’s scope for a further weakness in employment as economic growth slows,” Tiago Figueiredo, an economist with Desjardins, told CBC News.

With most economists anticipating another large hike to interest rates at the next Bank of Canada (BoC) policy meeting, the Canadian bond market was up across the board. The benchmark 10-year yield rose 7.5 basis points to 2.755%. The one-year bill added 4.3 basis points to 3.433%, while the 30-year bond climbed 3.3 basis points to 2.824%.