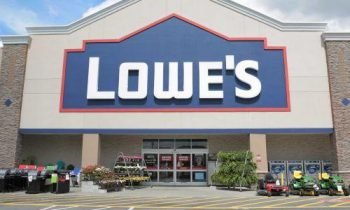 Additionally, in the quarter Lowe’s bought back 20.5 million shares for $4 billion and paid out dividends of $666 million. LOW expects to repurchase nearly $13 billion of shares in fiscal 2022 compared with the earlier projection of $12 billion.

For fiscal 2022, LOW expects a capex of up to $2 billion and it foresees full year sales between $97 billion and $98 billion. The 53rd week is likely to witness a sales increase by $1-$1.5 billion. Comparable sales in fiscal 2022 are envisioned in the range of flat to a 1% fall from the previous fiscal year’s reported figure. Lowe’s continues to expect the gross margin rate to improve slightly from the last fiscal year’s level. The adjusted operating margin is expected to be 13%. Management anticipates earnings per share of $13.65-$13.80 for the current fiscal year compared with the earlier projected range of $13.10-$13.60.