Luckin Coffee Inc – ADR (NASDAQ: LK), a major Starbucks competitor in China, stock plunged 75.57% on April 2nd, 2020 and continued its bearish momentum on April 3rd, 2020 (Source: Google finance). The company formed a special committee of three independent directors for the investigation of “misconduct, including fabricating certain transactions” that is spread till the second quarter through fourth quarters of 2019 and involved RMB2.2 billion (about $310.1 million). The company considers the investigation to be in preliminary stages and it is still examining the financial impact. Therefore, as per the company, the investors should no longer depend on the Company’s previous financial statements and earning releases for the nine months ended September 30, 2019 and the two quarters starting April 1, 2019 and ended September 30, 2019, that also includes the prior guidance on net revenues from products for the fourth quarter of 2019, and other communications relating to these consolidated financial statements. In February, short seller Muddy Waters Research had raised allegations of fraud. At the time LK had denied the allegations. 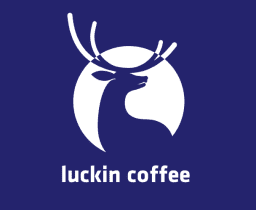 Meanwhile, Jian Liu, chief operating officer at Luckin Coffee and a director of the company, and several employees reporting to him, has been suspended those who are implicated in the misconduct . And the company has suspended or terminated contracts and deals with parties involved. Luckin Coffee may also take legal action and the company has hired lawyers and forensic accountants to aid in the investigation.

Moreover, the information is currently at this preliminary stage of the Internal Investigation, shows that the aggregate sales amount associated with the fabricated transactions from the second quarter of 2019 to the fourth quarter of 2019 amount to approximately RMB2.2 billion. Certain costs and expenses have been also significantly inflated by fabricated transactions during this period. The above figure however has not been independently verified by the Special Committee, its advisors or the Company’s independent auditor, and may change according to the Internal Investigation proceeds.  The Company is assessing the overall financial affect of the misconduct on its financial statements.

Additionally, in November, LK had delivered the revenue that was six times the year-earlier total. The company, which has reported losses as it engages in a strategy that prioritizes rapid growth, said earlier that it is on track to start breaking even at the corporate level in the third quarter of this year. The company was aiming to reach 10,000 locations by the end of 2021, which is a goal that may now be unattainable.