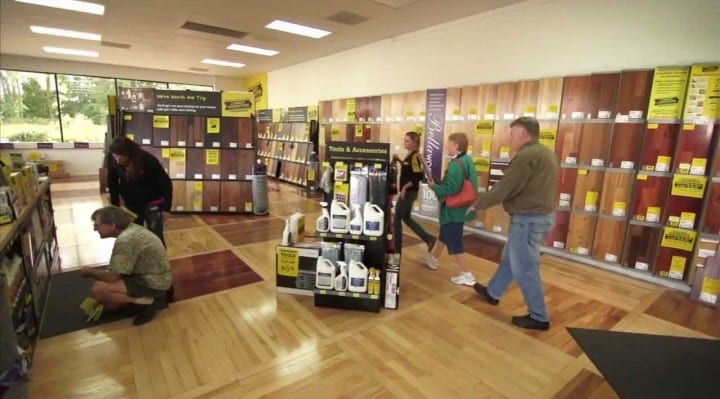 Lumber Liquidators Holdings Inc. (LL) has been ordered to pay $10 million in fines and penalties for admitting to U.S. officials that it’s a wood flooring is actually sourced from endangered Siberian tiger habitats in Southeast Asia. The company had previously claimed that the timber for its wood flooring was sourced from Germany.

Shares for Lumber Liquidators soared 17% on the news.

Raymond Jackson, U.S. District Judge in Norfolk, Virginia accepted the company’s plea agreement on Monday. The agreement will also require the appointment of an external auditor and five years of probation.

The judge also stated that the company should not derive any public relations benefit from its plea agreement, and warned that the consequences would be harsh if Lumber Liquidators failed to abide by its terms.

The judge stated that Lumber Liquidators will be required to stop importing hardwood if they do not follow the plea agreement’s terms.

Representatives of the company left the courtroom without speaking to reporters after the hearing.

In a statement, Lumber Liquidators said that it was happy to move past this “legacy issue.”

In October, the company pleaded guilty to five charges and admitted that some of its timber was sourced from the Southeast Asian habitat of Siberian tigers – not Germany. At the time, the company agreed to pay $13.2 million in sanctions, which included forfeitures. The fine was the largest ever under the Lacey Act, which prohibits the importation of timber sourced in violation of another country’s laws.

The admission of wrongdoing put an end to a two-year federal investigation, but the company still has dozens of lawsuits pending in Virginia, which allege that Lumber Liquidators’ laminate flooring, sourced from China, contained excessively high levels of formaldehyde.

There are approximately 450 Siberian tigers left in the wild, according to National Geographic. Amur leopards also hunt in the same forests as these tankers, and are similarly endangered.

As part of its plea agreement, Lumber Liquidators has agreed to pay $880,825 to the National Fish and Wildlife Foundation. The bulk of that payment will be used to aid in the development of timber identification technology, and $380,825 will be put towards the conservation of Amur leopards.

The company will also pay an additional $350,000 to the Rhinoceros and Tiger Conservation Fund, run by the Fish and Wildlife Services, to help protect wild tigers and their habitats.