How To Make Money Online Through Forex Trading 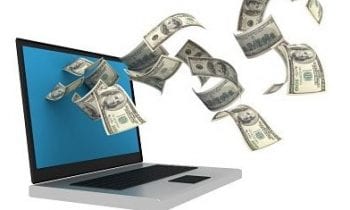 Every country in the world has its own currency and each of these currencies can be either bought or sold against each other. Forex traders make money by buying and selling different currencies. The history of forex trading is as old as that of the history of currency itself. Read on to find out how one can make money online through forex trading.

There are many forex broker companies that offer trading platforms through which a trader can buy and sell different currencies. Once the trader has chosen a broker that will suit his/her needs, he/she can use the software platform offered by the broker to buy and sell the currencies of their choice. For every trade that the trader conducts on the platform, he/she pays a small commission to the brokerage firm.

Currencies That Can Be Traded Online

In forex trading, currencies are usually traded in pairs. The four major currency pairs are Euro and USD (EUR/USD), British Pound and USD (GBP/USD), USD and Swiss Franc (USD/CHF), and USD and Japanese Yen (USD/JPY). In any given pair of currency, the first of the pair works as commodity and the second one as currency. If the pair GBP/USD is chosen for a trade, it is always GBP that the trader buys or sells against the other one. Whatever be the currency in the account, the trading software will take care of the transactions and the amounts.

How to Make Money through Forex Trading

The basic principle of making money is buying the currency low and selling it high or selling it high and then buying it low. As an example, if the traded pair is GBP/USD and you buy GBP against USD when the price is $1.9554, and sell the GBP when it rises to $2.0235, then you make a profit.

However, the most important question is when the trader should buy the currency to make a profit, or predict that the price of the currency will move up so that profit can be realized.

There are two methods that can help to predict the optimum time when the currency can be bought or sold: technical analysis and fundamental analysis.

Using technical analysis, the direction of the price of the currency can be predicted by analyzing the price chart and with the help of special tools called ‘indicators’. Though technical analysis may seem complicated in the beginning, it is a simple and effective tool that can be used. Technical analysis can be learned easily. There are many courses on offer on the Internet, both for a fee and otherwise.

This is a method used to predict the future price movements of currencies according to the economic and political situations of developed countries such as the USA, Germany, UK, Japan, etc. Traders that are experienced and having a good grip over the fundamental analysis technique can predict the direction of the currency movement once important news regarding the nation (whose currency is being considered for a trade) has been released. This could be figures/news relating to the economic development of the country (increased GDP, employment figures) or political chaos in the nation. If the economic situation of a country shows improvement, the currency of that country goes up in value. It is, therefore, important to know the effect of the news on the currency to take a proper position in the trade and make profits.

Professional and experienced traders make use of both technical and fundamental analysis methods to make money in forex trading. However, more traders are dependent on technical analysis.

The difference between the bid and the ask price is called the ‘spread’.

#1: It is a home based business that does not need advertising, recruitment, emailing to customers, or marketing. There is no need to fear competition as traders do not have to compete with anybody but just work on their own.

#2: If traders learn the basics of forex trading properly, they can make thousands of dollars every month. On the other hand, if traders start trading before learning the basics, it is easy for them to lose a lot of their investment.

#3: The capital investment required to start forex trading is a very little. A trader can make lots of money by investing only a little amount of money.

As a final thought, it is easy to make money in forex trading by learning the basic principles diligently and then applying them together with simple trading strategies that have been around for years.