During FY 19, the company had continued to enrich and diversify the content offerings by proactively investing in high-quality broadcasters, expanding the e-sports tournaments coverage and creating new self-generated content. Therefore, the user community continued to expand. The company’s Huya Live MAUs grew by 28.8% year-over-year to RMB 150.2 million in quarter four in line with the previous target. Among the Huya Live users, mobile MAUs grew 21.5% year-over-year to RMB 51.6 million driven by the effective mobile strategy. Non-mobile MAUs grew 34.5% year-over-year mainly due to the big e-sports tournaments in the quarter. 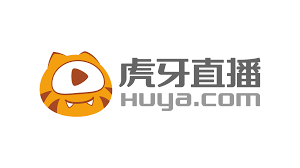 Moreover, in the fourth quarter of 2019, the broadcasters live-streamed 45.6 million hours of both game and other entertainment content on the platform, representing an increase of 37% from the same period last year. The company will continue to partner with talent agencies and recruit more broadcasters to ensure the company are offering high-quality content that remains relevant and interesting to the users. During the fourth quarter, the company had broadcasted 117 third-party e-sports tournaments, including world’s 2019 PGC, PEL, HoK Winter and KPL Fall. In Q4, the company’s e-sports viewership exceeded 530 million, representing more than a 30% year-over-year increase.

In quarter one, 2020, the mobile MAUs are expected to reach historical high of over 17 million, due to the winter vacation seasonality and the recent lockdown policies during the coronavirus outbreak.