GANNETT CO INC. Common Stock (NYSE: TGNA), Reston television station operator, stock fell 19.15% on March 30th, 2020 (Source: Google finance) after two parties interested in acquiring the company have backed out of talks as U.S. markets of been upended by the coronavirus pandemic. The stock continued its bearish momentum on March 31st, 2020 (As of 11:57 am GMT-4; Source: Google finance).

Atlanta’s Gray Television Inc. (NYSE: GTN) and New York private equity giant Apollo Global Management Inc. had made offers of total value for Tegna at $8.5 billion including debt, which is the equivalent of $20 per share, according to the report, while Gray had made a cash-and-stock offer and Apollo made an all-cash overture. Phoenix investment firm Najafi Cos. and the broadcaster Trinity Broadcasting Network had also recently made an offer to buy the company and take it private. New York-based Standard General LP, which owns 9.7% of Tegna’s outstanding shares, yesterday had issued a statement criticizing Tegna’s approach to the acquisition offers, saying the board’s unwillingness to offer access to company information unless suitors can affirm financing will not work. The board members are willing to consider transactions that would create compelling value, and now their focus is on helping management navigate through an unprecedented environment. Tegna President and CEO Dave Lougee said that the company is working through “current challenges” created by the coronavirus pandemic and is currently confident its “long-term growth drivers remain intact”. 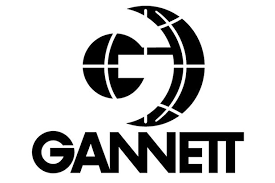 Meanwhile, Media investor Byron Allen and a consortium led by private investment firm Najafi Companies and Trinity Broadcasting Network, which had also bid $20 per share for Tegna, remain interested in a deal, according to the sources.

For the fourth quarter of 2019, the company had reported 8% rise in the revenue to $694 million, which exceeded the high end of the preliminary range announced on January 9, 2020. The increase compared to last year was on the back of the impact of the recent acquisitions, continued growth in subscription revenue, certain 2020 political advertising campaign spending beginning in earnest, earlier than expected, and stronger advertising and marketing services revenue. The company has reported $77 million fall in the net income from continuing operations to $84 million year-over-year.