The Mexican peso is struggling for direction this week as the government announced a flurry of stimulus measures to shore up the economy in the fallout of the coronavirus pandemic. Before the COVID-19 crisis, Mexico’s gross domestic product (GDP) contracted, which has weakened foreign and domestic business investment and prompted analysts to downgrade their projections for Latin America’s second-largest economy significantly.

The biggest aspect of his proposal is a $13.5 billion investment program for the energy sector, which has taken a beating due to low crude oil prices. AMLO intends to announce details of this plan in the coming days.

AMLO intends to tap into the government’s rainy-day oil fund to pay for the stimulus that he says is for “the people of Mexico” rather than big companies and financial institutions. He told reporters this his course of action is the right one and is different than other countries that fired bazookas:

This is a new model. We can’t go on with the same. We said we won’t be applying the same political economy that failed time and time again. 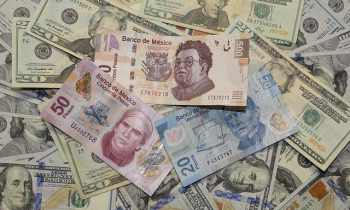 So far, the consensus is that AMLO’s fiscal initiative is “underwhelming” and does not go far enough, wrote Alberto Ramos, chief Latin America economist for Goldman Sachs, in a research note.

It is extremely concerning that the president is not willing to adjust and change plans in a moment that the economy will really need it. It’s clear that Lopez Obrador is convinced that his plans will work, which will make any change in his strategy very difficult. And the later he reacts, the worse it will be for the economy.

This comes as the Bank of America forecast that Mexico’s GDP could tumble as much as 8% this year. The financial institution blamed the twin shocks of slumping crude oil prices and the coronavirus pandemic that has impacted its biggest trading partner: The United States. Last year, the national economy contracted 0.1%, down from the 2.8% expansion in 2018.