MGM Resorts International ( NYSE: MGM) stock rose 0.082% (As on Oct 13, 12:32:09 AM UTC-4, Source: Google Finance) after Credit Suisse upgraded the casino stock to outperform from neutral. The firm said MGM’s new operations and solid cash flow should make the stock attractive to investors. According to broking firm, “MGM has gone through a transformation, recently announcing four transactions, and they believe the market is not giving full credit. According to Credit Suisse Group analyst Benjamin Chaiken, MGM was hit hard by the pandemic, but the company has come out of the downturn aggressively and has acquired new properties. The company has announced four transactions in recent months, including a $1.6 billion deal to acquire the Cosmopolitan resort in Las Vegas from Blackstone. Analyst Chaiken calls MGM a cleaner, more simplified organization with an attractive capital structure, saying it is set up well to beat earnings expectations. The Cosmopolitan is designed for millennials, and should be a nice complement to MGM’s existing Las Vegas properties, including the Bellagio and the Aria, which are designed to cater to the 40 and older crowd. 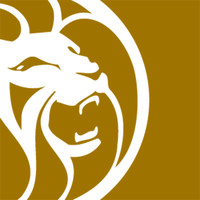 Moreover, the company has delivered a strong second quarter, driven by robust demand and productivity efforts across the domestic portfolio. The Las Vegas Strip and Regional Operations Adjusted Property EBITDAR margins reached all-time records and the Regional Operations also delivered an all-time quarterly record in Adjusted Property EBITDAR. The U.S. sports betting and iGaming venture, BetMGM, continues to outperform as the number two operator nationwide. The company has also recently announced several strategic transactions that furthered our goal of becoming a more streamlined, focused organization with stronger liquidity. The company continued to advance that goal today with the announced agreement with VICI and MGM Growth Properties to monetize the MGP Operating Partnership units for $4.4 billion in cash.