Microsoft Corporation (NASDAQ: MSFT) stock rose over 4.49% on April 30th 2020 pre market session (as of  9:01 am GMT-4; Source: Google finance) after the company posted better than expected results for the third quarter of FY 20 on the back of sharp demand for its Teams chat and online meeting app and Xbox gaming services as the world shifted to working and playing from home because of the novel coronavirus pandemic. The result also benefited from sales of its Windows operating system and Surface hardware devices as people upgraded personal computers to work or study from home. Microsoft also cited all-time-high engagement on its Xbox Live gaming service, with 19 million active users. Further, the company also got benefit from strong demand for its Teams collaboration software, which now has 75 million users and competes with Zoom Video Communications Inc and Slack Technologies Inc. The demand influx strained the company’s data centers, forcing them to limit new cloud customers’ usage and prioritize healthcare and government users. The company has reported the net income of $10.75 billion compared to $8.81 billion a year earlier, up 22%. For the fiscal fourth quarter, Microsoft gave business-unit forecasts that were below analyst estimates, predicting tough times for LinkedIn and some small-business software sales. 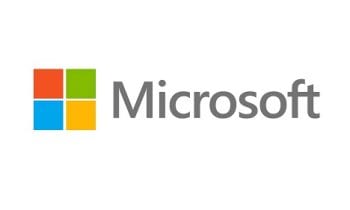 MSFT in the third quarter of FY 20 has reported the adjusted earnings per share of $1.40, beating the analysts’ estimates for the adjusted earnings per share of $1.26. The company had reported the adjusted revenue growth of 15 percent to $35.02 billion in the third quarter of FY 20, beating the analysts’ estimates for revenue of $33.66 billion. Revenue in the Intelligent Cloud segment, which includes Azure, grew 27% to $12.28 billion, beating analysts’ consensus estimate of $11.87 billion according to IBES data from Refinitiv. MSFT’s revenue for its “commercial cloud,” a combination of Azure and the cloud-based versions of software such as Office, grew 39% to $13.3 billion. The business’ gross profit margin is expected to improve, was 67% versus 63% last year.

Moreover, during the quarter, the company’s gross margin dollars expanded 18% and 20% in constant currency. Operating income rose 25% and 28% in constant currency. The company incurred the capital expenditures including finance leases of $3.9 billion, up 15% year-over-year due to growing demand for the cloud services, and lower than expected, driven by COVID-19 related delays across the supply chain. The company generated the cash flow from operations of $17.5 billion and increased 29% year-over-year on the back of healthy cloud billings and collections. The company has generated free cash flow of $13.7 billion, up 25%.