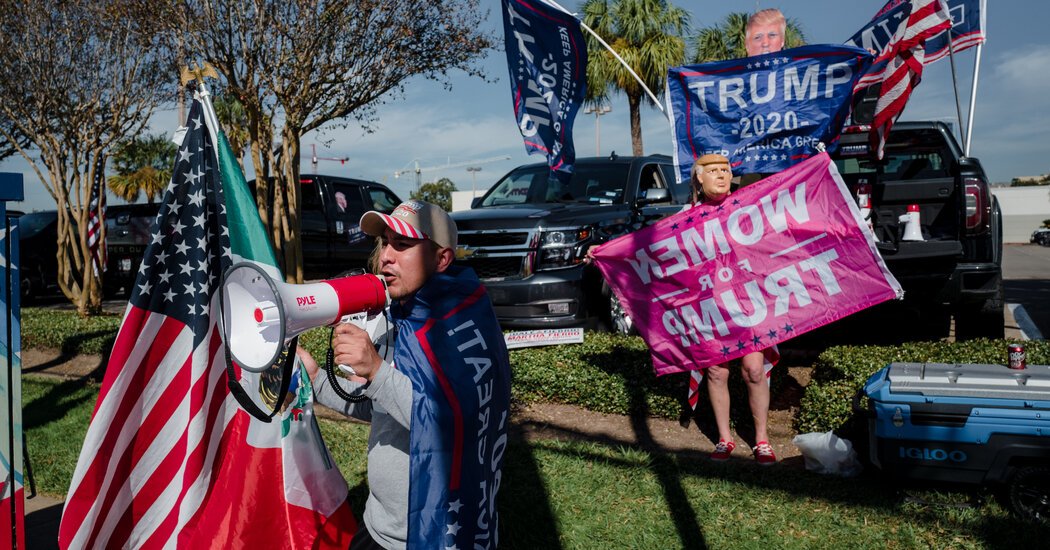 Before Facebook Inc. closed the quickly growing “Stop the Steal” Group on Thursday, the Facebook group called the members to prepare their elections incase president Trump lost the election.
In disabling the forum after coverage by multiple news organizations, Facebook Inc. cited the efforts of the forum to try and make the election process look flawed.
Such rhetoric was common as we approached the US elections in Facebook forums, a significant engagement boost for one of the biggest social networks across the globe, but the treatment is not always the same.
A new survey of the US-based Facebook forum between October and September carried out by CounterAction, a digital intelligence firm was able to find lots of rhetoric with many violent overtones among thousands of politically linked public groups with many members as Crude Oil Sinks, Gold Rises on US Vote Counting Process, October Jobs Data.
Variations of multiple phrases that might be linked with violence call like “we need a civil war” and “lock and load”, appeared with a reference to the US election results in approximately 41,000 cases in the US-based Facebook groups over 2 months.
Other substantial phrases such as “kill them all” and “shoot them,” were used in public groups about 1,415 and 7,345 times respectively. “Time to start shooting, folks” and “Hang him” appeared once and 8,132 respectively.
Moreover, prosecutors have related a few of the disrupted media plots to Facebook groups in 2020, including planned attacks on the Las Vegas Black Lives Matter protest and a plan to kidnap and probably kill Michigan Governor.
To deal with these concerns, Facebook announced the flurry for policy changes since the summary targeted at curbing criminal social movements, including the QAnon conspiracy movement, Boogaloo, and the U.S. Militias.
Facebook says that since august they have removed about 14,200 groups based on these changes.
As pressure grows on Facebook Inc. ahead of the US election, Zuckerberg indicated that Facebook will pause the recommendations for the political and new groups, while the measure didn’t stop the “Stop the Steal” forum growing to over 365,0000 members overnight.
“Meaningful Connections”
Facebook has aggressively promoted groups since Mark Zuckerberg; the Chief Executive made these groups a priority back in 2017, indicating that they will encourage additional “meaningful connections.”
This extensively stepped up the promotions of the Groups in the search engine results and feeds in October, even with the civil rights organizations warning that this product has become a breeding group for misinformation and extremism.
These are public groups that can be viewed, searched, and joined by any person on Facebook. Furthermore, the groups feature private options, which conceal posts or forum existence, even with groups that have thousands of members.