Natural gas futures tumbled on Thursday after the US government reported a larger-than-expected domestic supply withdrawal on Thursday. Natural gas prices have weakened by double digits this week, although they are still up by about 100% this year. Are the bulls still in charge, or are the bears preparing an invasion?

The supply injection was driven by warmer than normal in most of the eastern United States. But investors are determining if there is enough cool weather coming to the northern region of the US, a trend that would weigh on stockpiles.

NatGasWeather stated in a report:

“Either way, the pattern is bearish for much of the next 16 days. The pattern for early November is favored to bring above normal temperatures over most of the U.S., although with the potential for cooler trends over the Great Lakes and Northeast as weather systems attempt to push across the Canadian border.” 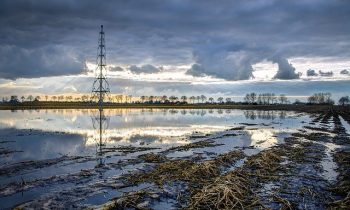 Despite concerns over tight inventories, it is being reported that exploration and production companies would have more access to capital this fall, potentially intensifying output over the next couple of years amid soaring prices.

“Notably, lenders are more bullish on borrowing bases increasing than producers,” said Haynes Boone survey authors. “While 38% of producers anticipate no change, 62% of lenders predict at least a 10% increase in borrowing bases.”

“Although many producers saw these locked-in hedges as a lifesaver in the down markets of 2020, they now see them as an impediment to cashing in on the price spike days seen in the second half of 2021” they added.