Natural gas is still consolidating inside its descending triangle pattern on the hourly time frame but is now testing the resistance near $8.000. A break higher could set off a rally that’s the same height as the triangle.

The chart pattern spans around $7.720 to $9.500. Natural gas also has to bust through the dynamic resistance at the moving averages to confirm that a bullish breakout is underway.

However, the 100 SMA is below the 200 SMA to indicate that the path of least resistance is to the downside or that resistance is more likely to hold than to break. In that case, natural gas could once again dip back to the triangle bottom.

Stochastic is also around the overbought area to signal exhaustion among buyers, so heading lower would confirm that bears are taking over. RSI already seems to be on the move down to confirm a return in selling pressure. If sellers are strong enough, they could push for a break below support and a selloff that’s the same height as the formation. 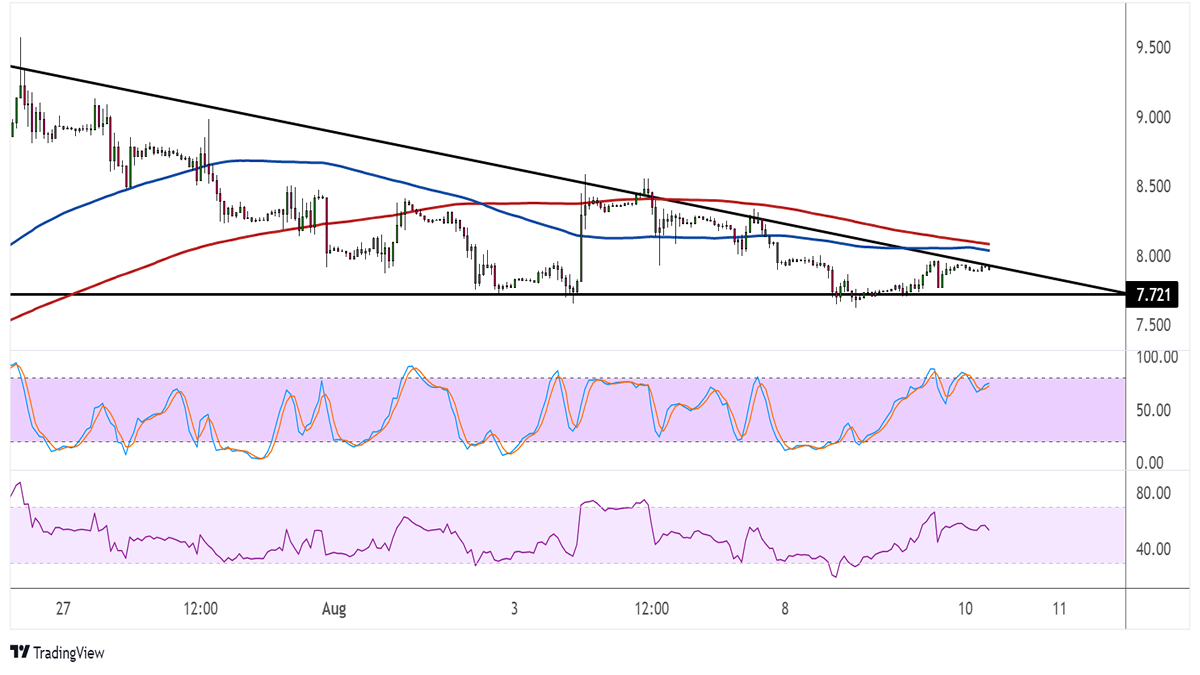 Natural gas could take cues from the upcoming inventory data from the Department of Energy, as this would confirm whether or not demand is slowing. Another build in stockpiles would suggest that warmer temperatures are about to end, leading to weaker purchases of cooling commodities.

On the other hand, a large reduction in inventories would signal that demand remains elevated, particularly when it comes to exports to Europe. Note that the region is working on reducing its reliance on Russian commodities, which could mean higher LNG imports from the US towards the end of the year.

Risk appetite related to the release of US inflation data later today might also impact natural gas price action since it could affect Fed policy expectations.