Natural gas broke out of its descending channel on the hourly time frame to signal that a reversal from the short-term downtrend is in the works. Price hit a ceiling around $8.600 and might be in for a pullback.

A bit of a bullish flag can also be seen, so a break above the highs could be followed by a rally that’s the same size as the mast. However, technical indicators are still pointing to the presence of selling pressure.

The 100 SMA is below the 200 SMA to signal that the path of least resistance is to the downside or that there’s a chance the selloff could resume. Also stochastic is right around the overbought region to reflect exhaustion among buyers. RSI looks ready to head south, so natural gas price could follow suit as bearish pressure picks up. 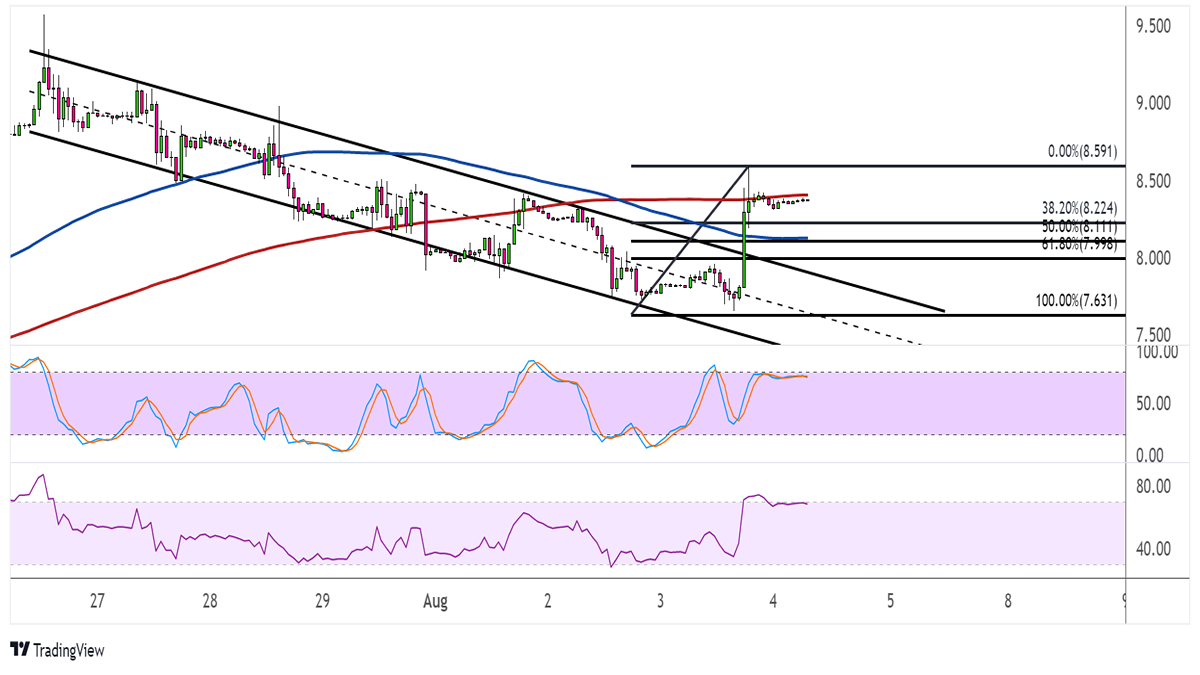 Natural gas got a strong boost from news that an LNG export terminal in the US is ready for use. This could mean stronger sales of the commodity to other countries, particularly in Europe which is reducing reliance on Russian commodities.

The upcoming inventory report from the Department of Energy might force natural gas to return some recent gains, though, as analysts are predicting a larger build of 25 Bcf. This would reflect weaker demand compared to the earlier increase of 15 Bcf or a possible pickup in supply.

A surprise draw or a smaller than expected build, however, might mean more upside for natural gas.

Friday’s NFP release would likely impact commodities as well since the US jobs report tends to influence overall market sentiment.