Natural gas is trending lower and seems to be hitting resistance at the descending trend line. Price could resume the drop from here and the Fib extension levels could serve as the downside targets.

The 100 SMA is below the longer-term 200 SMA to indicate that the path of least resistance is to the downside. In other words, the selloff is more likely to gain traction than to reverse. However, price is already trading above the 100 SMA dynamic inflection point as an early indication of bullish pressure. 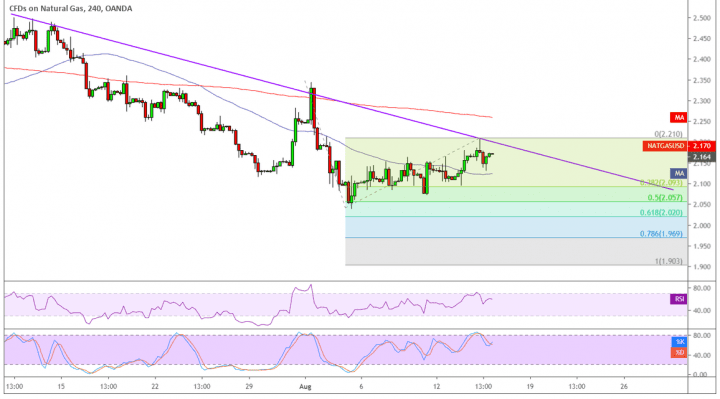 Natural gas is slightly higher leading up to the release of the inventory data, but traders seem to be bracing themselves for higher production numbers. This could mean a huge glut, especially since demand is typically weaker around this time of the year.

Although risk appetite has improved somewhat, trade tensions linger and would likely keep a lid on commodity price gains. Recall that Trump announced another set of tariffs on China, thereby weakening business sentiment and demand for energy assets.