Natural gas recently broke above a descending trend line visible on its 4-hour chart, suggesting that a reversal from the downtrend is in order. Price is now testing another area of interest near $5.000.

If this holds, a pullback to the broken trend line might follow, possibly encouraging more buyers to join in the reversal. The 100 SMA is below the 200 SMA for now, but a bullish moving average crossover seems to be happening.

Stochastic is reflecting overbought conditions or exhaustion among buyers, so turning lower would mean that sellers could take over. Similarly RSI is in the overbought zone to indicate that buyers could use a break and allow sellers to return. 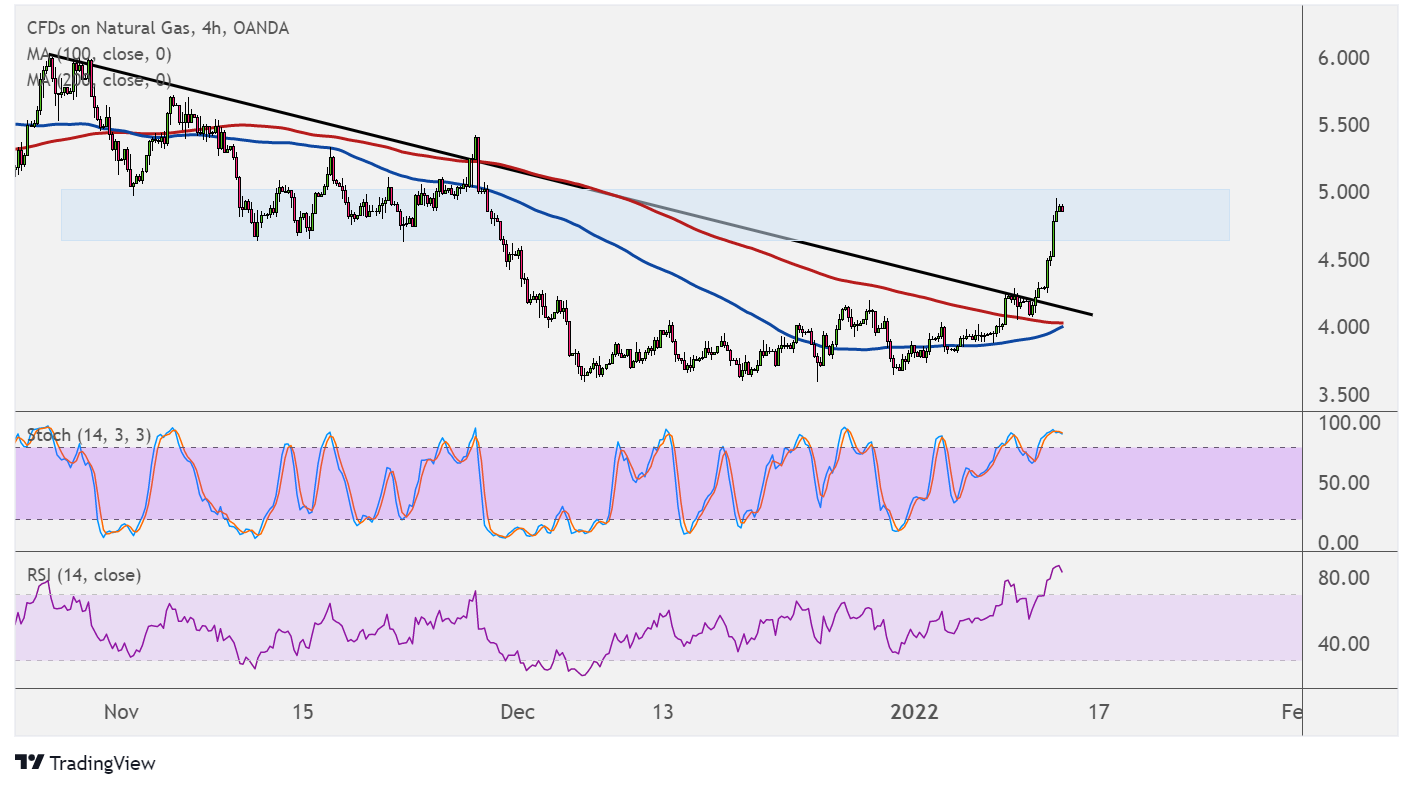 Natural gas drew a strong boost from forecasts of another cold snap, which means that even lower temperatures could lead to higher demand for heating commodities in the days ahead.

“Models continue to advertise a very strong cold pattern in the eastern two thirds of the nation as we move through the final third of the month, with no sign yet of any re-warming” at the end of the 15-day outlook period, Bespoke said. “Pattern signals we follow outside of the models also point to colder risks, supporting the model output.”

The upcoming inventory report from the Department of Energy could indicate a large draw of 175 Bcf, much higher than the earlier reduction of 31 Bcf. An even larger reduction could confirm that winter season is already very much in place, likely keeping purchases of natural gas strongly supported in the coming weeks.

A smaller draw might still lead to some upside for the heating commodity, as this would simply suggest that producers are trying to ramp up output to meet stronger demand.