Natural gas broke above its descending trend line on the 4-hour time frame to signal that a reversal from the downtrend is in order. Price looks prime for a retest of this former resistance which might now hold as support.

The 100 SMA is crossing above the 200 SMA to confirm that the path of least resistance is to the upside or that support is more likely to hold than to break. These moving averages are also near the former trend line to add to its strength as a floor.

Stochastic is moving down to show that sellers are in control, but the oscillator is nearing the oversold region to signal exhaustion. Turning back up would mean that buyers are back and could allow the reversal to gain traction.

RSI has more room to slide before reaching the oversold area, so the correction could keep going for much longer. 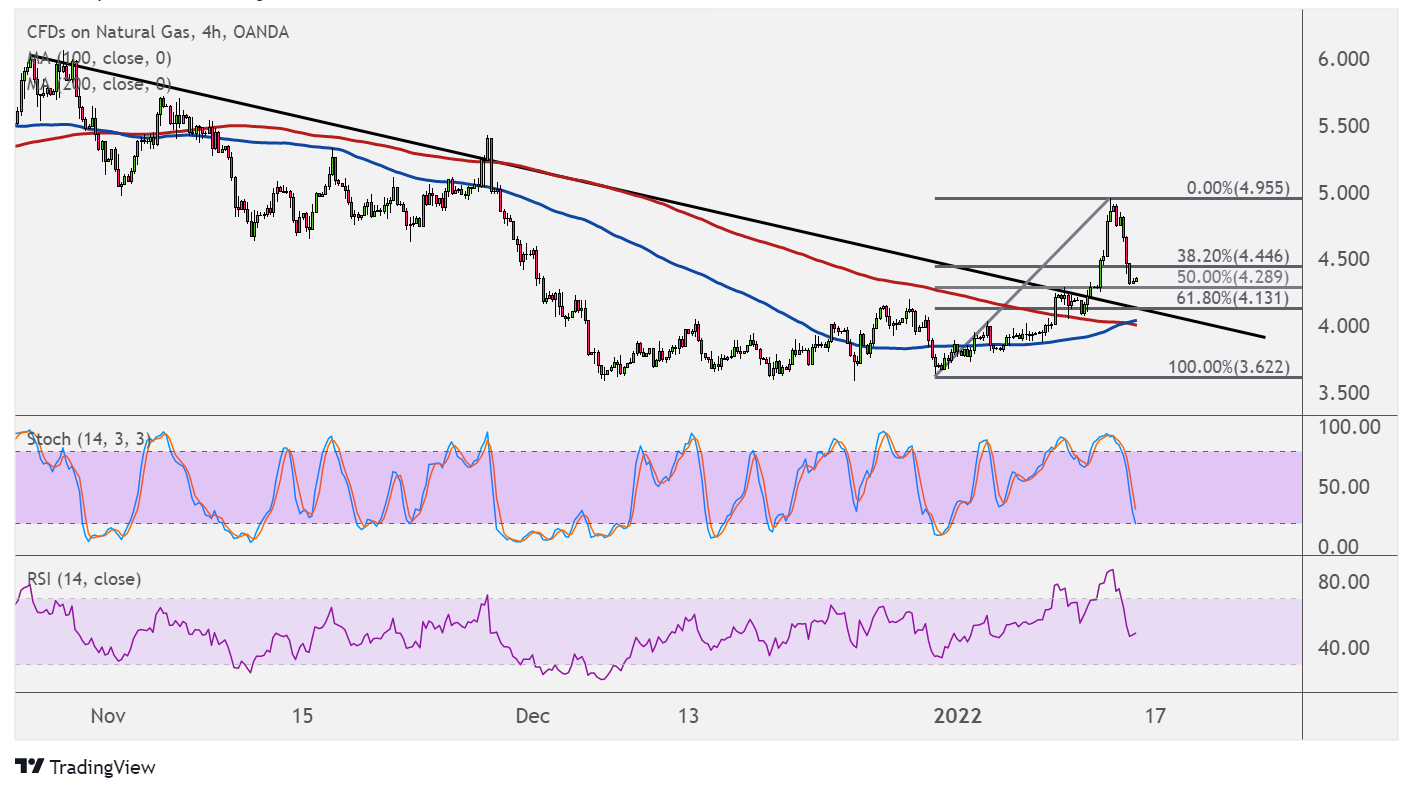 Natural gas stockpiles fell by 179 Bcf in the latest reporting period, slightly higher than the projected draw of 175 Bcf. This was much larger compared to the earlier 31 Bcf drop, confirming that purchases of heating commodities are picking up during the winter season.

Even cooler temperatures are expected in the weeks ahead, which means larger draws in natural gas stockpiles. Producers are likely to ramp up output to meet demand, but much of these could also be exported to countries undergoing an energy crunch.

Risk appetite seems to be supportive of more commodity gains for the time being, as policymakers are optimistic that the global economy could weather the impact of the Omicron variant.