Natural gas is still trading above its rising trend line on the hourly chart but seems to be having trouble resuming the climb. Oscillators suggest that a breakdown might be possible.

Stochastic is turning lower after a brief stay in the overbought zone, indicating that sellers are eager to take over. RSI also seems to be moving south without even reaching the overbought area, so price could follow suit while bearish pressure is in play.

The 100 SMA is still above the 200 SMA, though, so the path of least resistance is to the upside. In other words, the climb is more likely to resume than to reverse.

Price has dipped below the 100 SMA, which is currently holding as dynamic resistance. A move back above this level could encourage more buyers to hop in and sustain the climb back to the highs near $5.000. 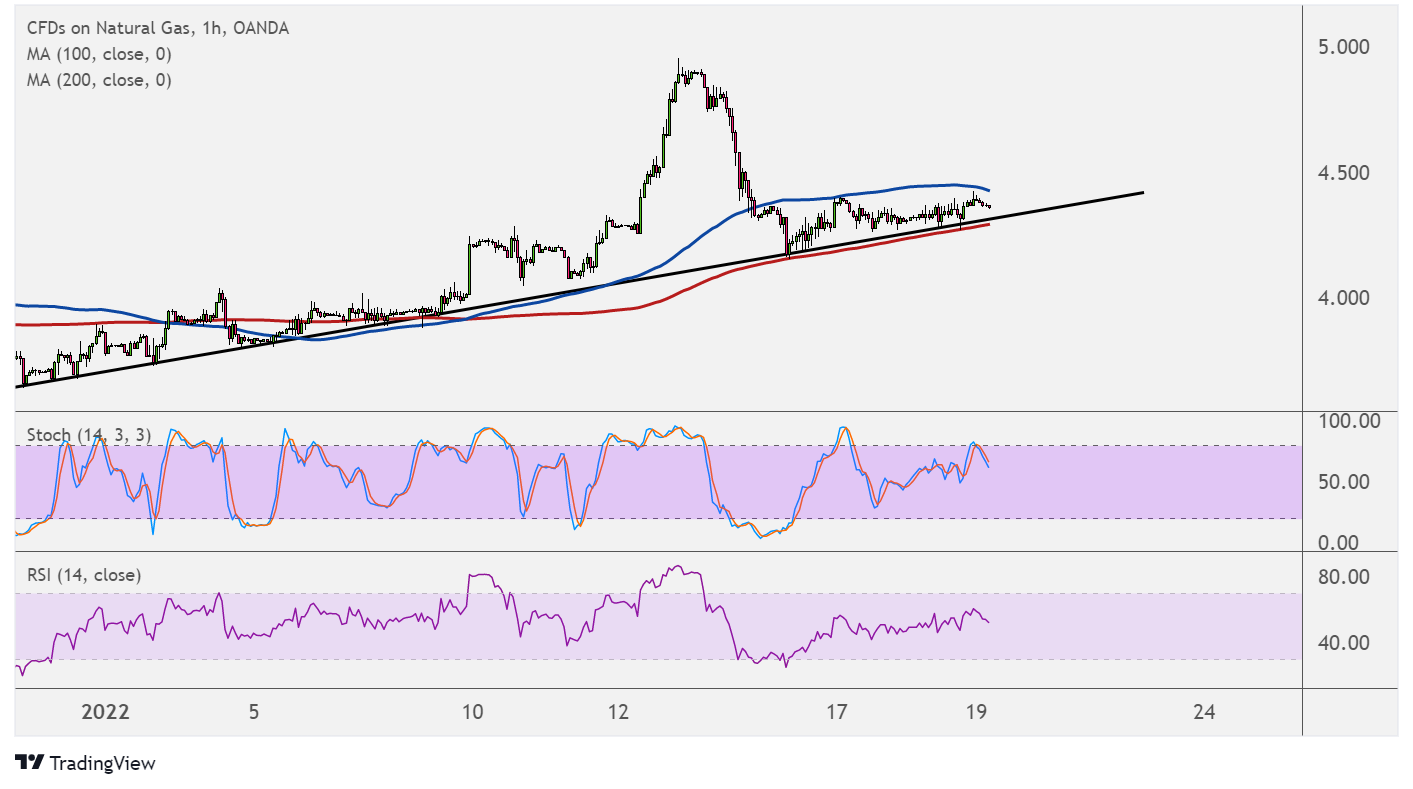 Natural gas traders are likely waiting for the inventory data from the Department of Energy to see if the surge in demand from the other week has been sustained. Recall that stockpiles fell by 179 Bcf then, larger than the estimated 135 Bcf reduction.

On the other hand, a build or a small draw could suggest that output is starting to keep up with the rise in purchases or that demand remains feeble. Forecasts of warmer than usual weather might also keep a lid on natural gas price gains while estimates of even cooler temperatures could keep prices on a strong rally.