Natural gas is trending lower on its daily time frame, as price hit a ceiling at the $5.000 mark and might resume its drop. The Fibonacci extension tool shows the levels that sellers could aim for.

Price is already down to the 50% extension at $4.047 and might still make its way further south to the 76.4% level that lines up with the swing low. Stronger bearish momentum could drag natural gas down to the full extension at $3.122.

The 100 SMA is still above the 200 SMA, though, so the path of least resistance is to the upside. In other words, there’s still a chance support could hold and set off a reversal from the drop. The 200 SMA is currently holding as dynamic support as well.

However, stochastic is heading south to show that sellers have the upper hand. The oscillator has plenty of room to slide before reaching the oversold area to reflect exhaustion among bears.

Similarly RSI is on the move down, so natural gas price might follow suit while sellers have the upper hand. This oscillator also has room to move lower before indicating oversold conditions. 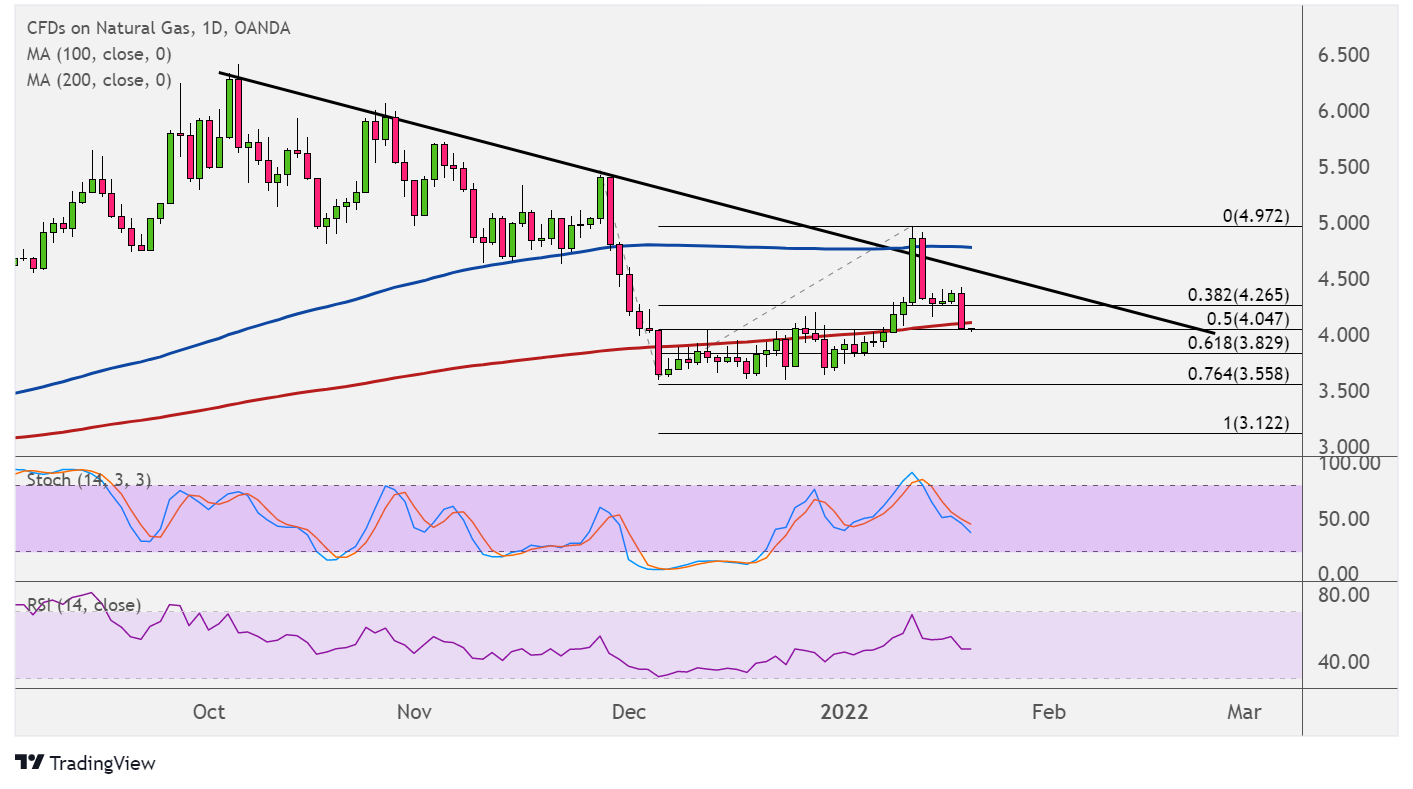 Natural gas could draw support from the release of the inventory figures from the Department of Energy. A larger draw of 190 Bcf is eyed to follow the earlier 179 Bcf reduction, which was already much larger than the projected drop of 135 Bcf.

Another larger than expected reduction in stockpiles would confirm that demand is surging while supply struggles to keep up. Forecasts of cooler temperatures could keep purchases elevated for much longer, as the winter season is setting in several parts of the US.

On the other hand, a smaller draw or a surprise build could bring some downside for the commodity since this might signal that demand is slowing or that supply is picking up.