Natural gas is pulling up to the nearest retracement level after its sharp slide, but it could still be due for a larger correction on its downtrend. If any of the Fibonacci levels hold as resistance, price could resume the drop to the swing low or lower.

On the subject of moving averages, the 100 SMA is below the 200 SMA to indicate that the path of least resistance is to the downside or that the selloff is more likely to gain traction than to reverse. The gap between the indicators is also widening to reflect increased bearish momentum.

RSI has been heading higher but seems to be changing its mind halfway through and turning back down. This suggests that sellers are eager to return at current levels. Stochastic is also topping out without even reaching the overbought region, indicating that bearish momentum is returning. 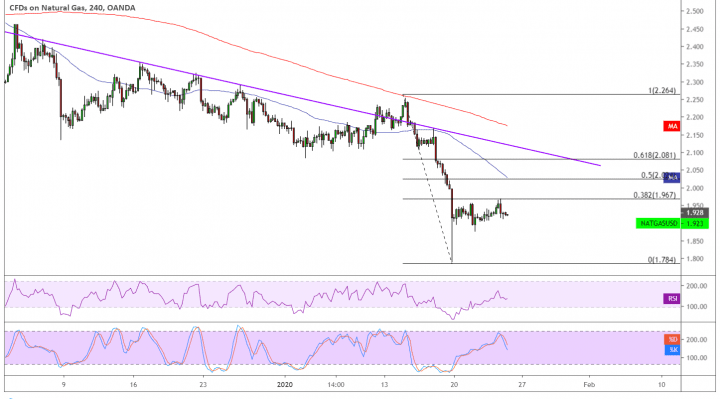 However, the commodity barely drew any support from the report as traders took it as a sign that producers also pared output in order to account for subdued demand. Note that weather forecasts and actual conditions showed milder temperatures than usual for this time of the year, keeping a lid on purchases of heating commodities.