Natural gas continues to trend lower on its short-term time frame, moving inside a newly-forming falling channel on its hourly chart. Price is hovering around the middle of the channel and might be due for a drop to the bottom soon.

The 100 SMA is below the 200 SMA to indicate that the path of least resistance is to the downside or that resistance is more likely to hold than to break. The 100 SMA even lines up with the channel top to add to its strength as resistance.

If bearish pressure picks up, natural gas could slump down to the channel bottom around $5.500 next. A return in bullish momentum, on the other hand, could take the commodity back up to the channel resistance near $7.000.

Stochastic is already indicating oversold conditions, though, so sellers might be feeling exhausted and willing to let buyers take over. RSI appears to be heading lower to show that there is some selling energy left in play. 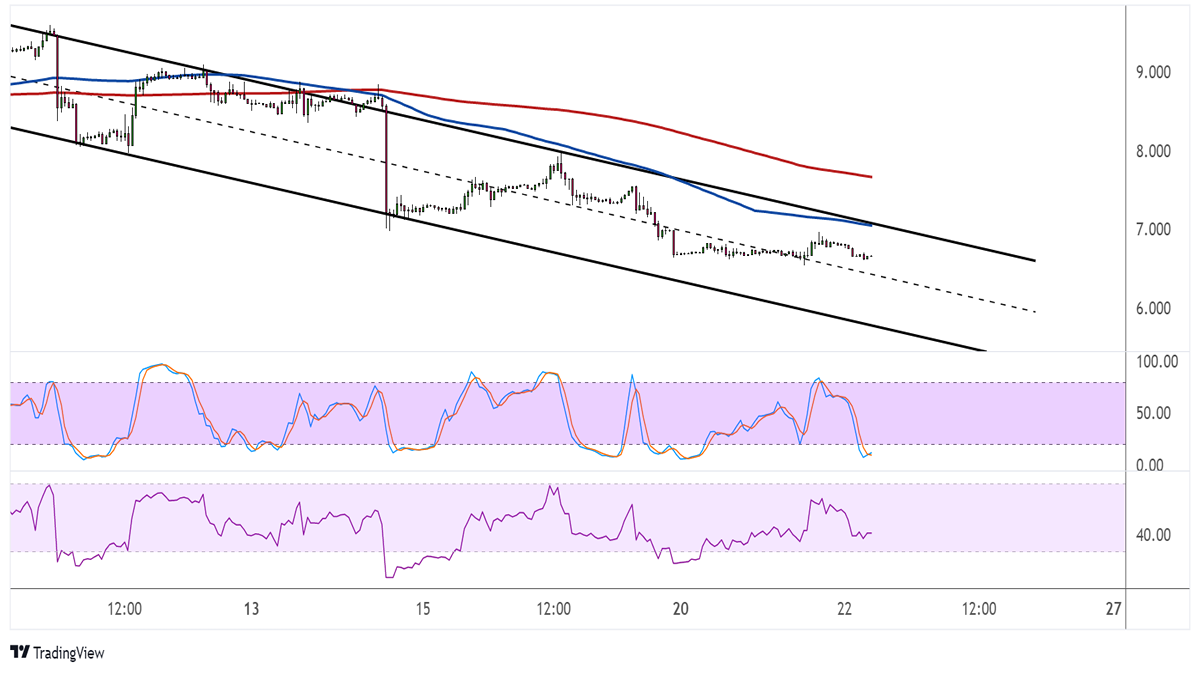 Natural gas continues to be pulled by opposing forces, as the move to reduce the reliance on the commodity could mean lower demand in the longer-run. In addition, persistent risk-off flows might keep a lid on gains.

Recall that a handful of central banks have already hiked interest rates in the past weeks in an effort to keep inflation in check. This, in turn, weighs on business and consumer activity, which then affects demand for commodities.

The upcoming inventory report from the Department of Energy should shed more light on supply and demand conditions. A draw in stockpiles would signal that demand remains supported and could get another boost as higher temperatures are observed. On the other hand, a build could indicate that purchases are slowing or that output is keeping up.