Natural gas is still in correction mode as it dipped to the 50% retracement at the $1.850 mark. Price action and technical indicators have yet to show signs of a bounce, so a deeper pullback might be due.

The 100 SMA is still above the 200 SMA to confirm that the path of least resistance is to the upside or that the uptrend is more likely to resume than to reverse. Price is also testing the 100 SMA dynamic support currently and could be enough to keep losses in check.

However, RSI has more room to head south, so price could follow suit while sellers are still in control. Stochastic also has a bit of room to move lower before hitting the oversold region and turning higher. Once it does, buyers could return and allow support areas to hold. 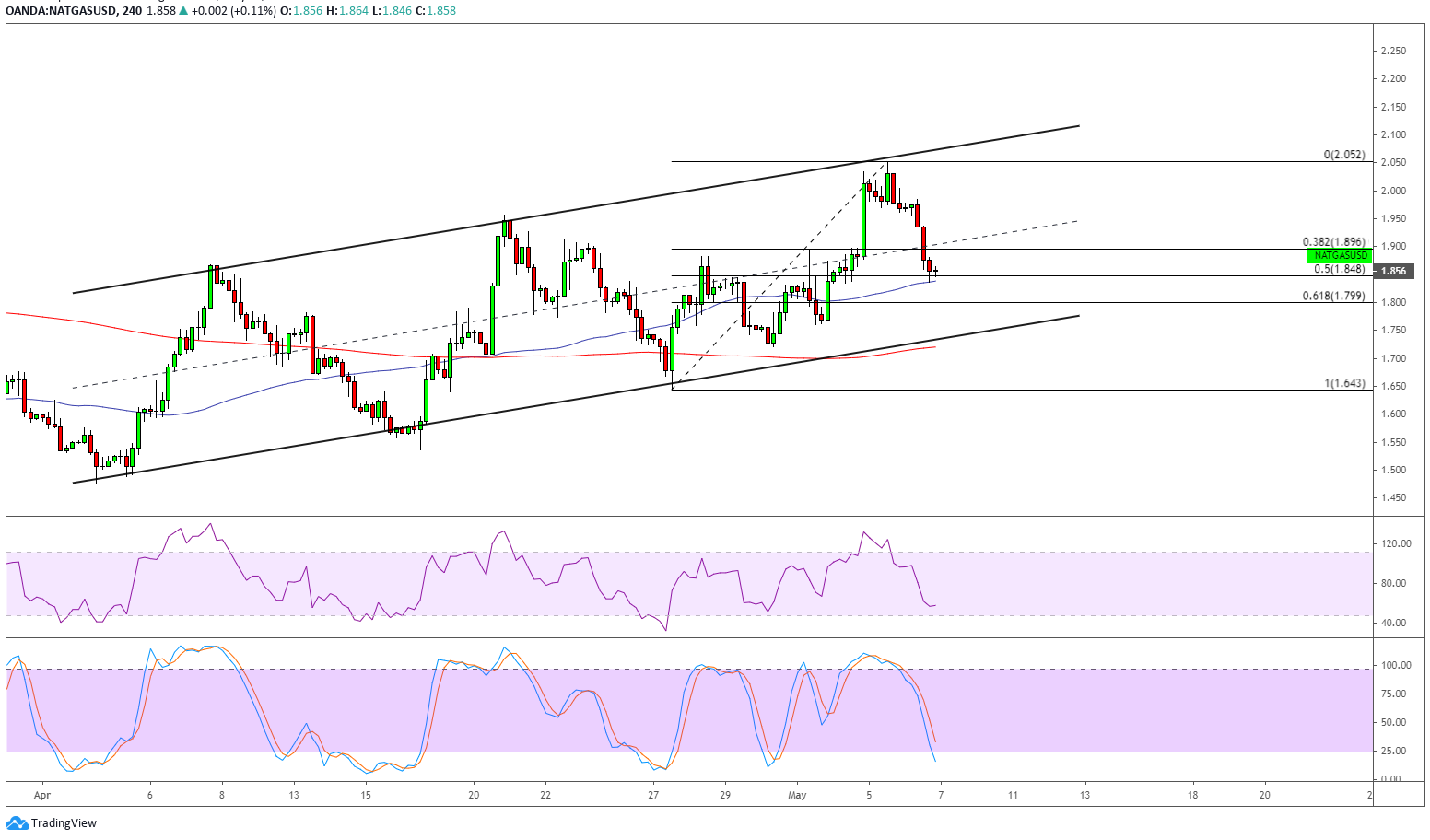 Natural gas is returning some of its recent winnings as traders seem to be reverting to risk aversion again. US earnings figures have been mostly disappointing while the reopening of some states aren’t bringing much business and consumer activity as expected.

Apart from that, downbeat jobs figures also suggest weaker consumer spending for a longer period of time, which means lower purchases of heating commodities even while more folks stay at home.

It doesn’t help that summer months are already starting to roll in, which also means subdued demand for heating. Then again, producers have already adjusted their output to account for this dip around this time of the year, so stockpiles might not be too overloaded.