Natural gas still seems to be in correction mode as it continues to test the mid-channel area of interest on its 1-hour time frame. If the nearby resistance levels keep gains in check, price could resume the drop to the swing low or channel support next.

The Fibonacci retracement tool shows where more sellers might be waiting. The 38.2% level lines up with the area of interest at $2.650 while the 50% level is near the $2.700 major psychological mark. A larger pullback could last until the 61.8% level that’s around the channel top and the $2.800 handle.

The 100 SMA is below the 200 SMA to confirm that the path of least resistance is to the downside or that the selloff is more likely to resume than to reverse. The 200 SMA is close to the 50% level to add to its strength as a ceiling, but the gap between the indicators is narrowing to reflect slowing selling pressure and a potential bullish crossover.

Stochastic is already in the overbought zone and is turning lower to show that selling pressure is returning. RSI is already on the move down, so price could follow suit while bearish momentum is in play. 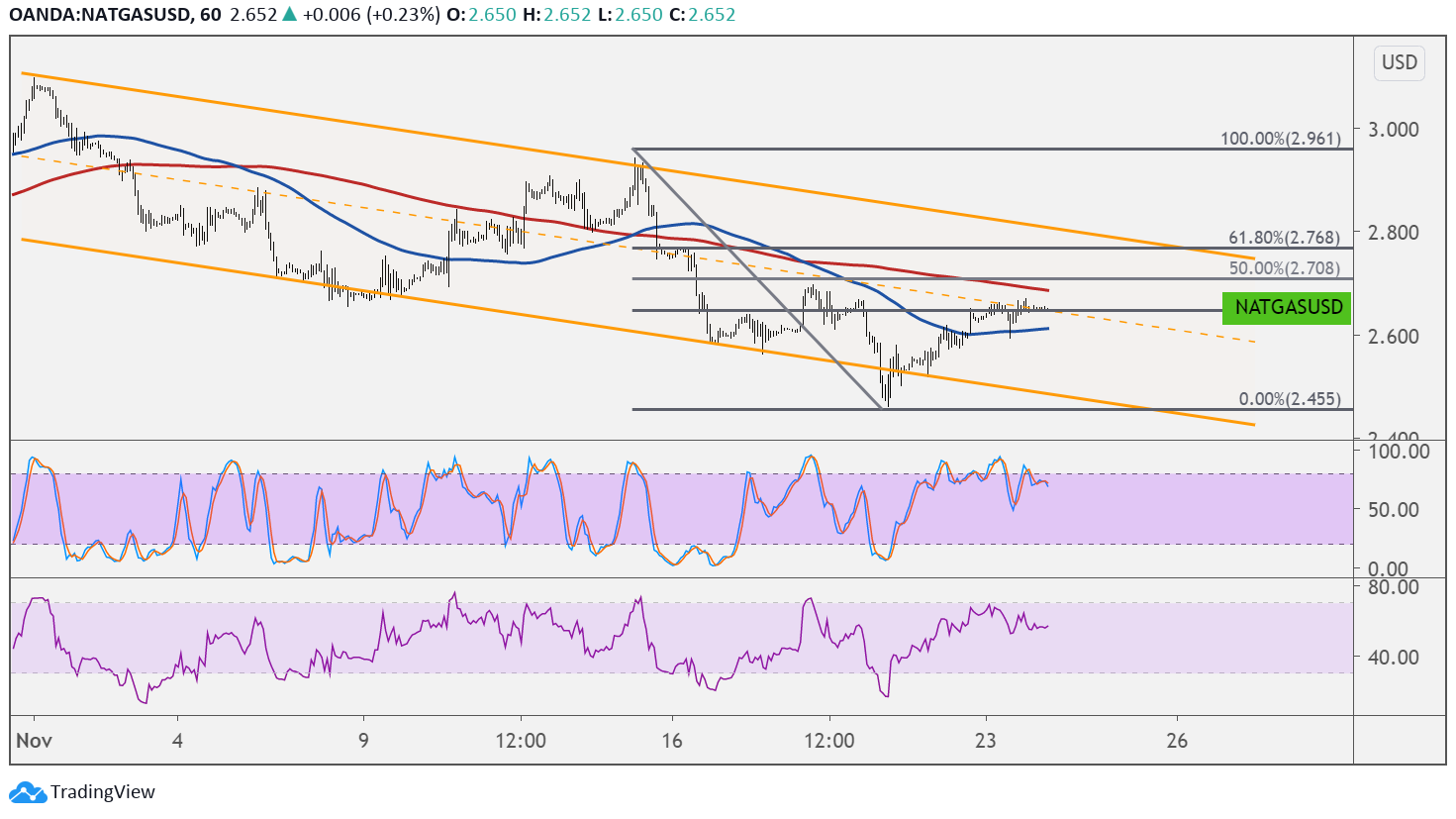 Natural gas was off to a strong start for the week as risk-taking has been in play, likely stemming from news of more positive vaccine developments. This could mean that business activity could resume its normal pace soon, lifting sentiment and demand for higher-yielding assets like commodities.

In addition, cooling temperatures could also lift demand for heating commodities like natural gas. The upcoming inventory report from the Department of Energy could provide more insight on supply and demand conditions, with a draw in stockpiles possibly resulting to more gains for the commodity and a surprise build likely leading to losses.