Natural gas has formed lower highs and lower lows inside a falling channel on its 4-hour chart. Price is currently testing the resistance, which lines up with other inflection points.

The 61.8% Fibonacci retracement level is in line with the top of the channel at $2.760 and the 100 SMA dynamic inflection point. This is above the 200 SMA for now, but the gap between the indicators has narrowed significantly to hint at a potential bearish crossover.

If this materializes, natural gas could retreat back to the channel bottom around $2.400 or at least until the swing low at $2.460. Stronger selling pressure could even lead to a break below support and a sharper selloff.

Stochastic has been indicating overbought conditions for quite some time, and turning lower could confirm that selling pressure is picking up. RSI is also starting to turn lower to signal a return in selling pressure, and both oscillators have plenty of room to head lower before reflecting exhaustion among bears. 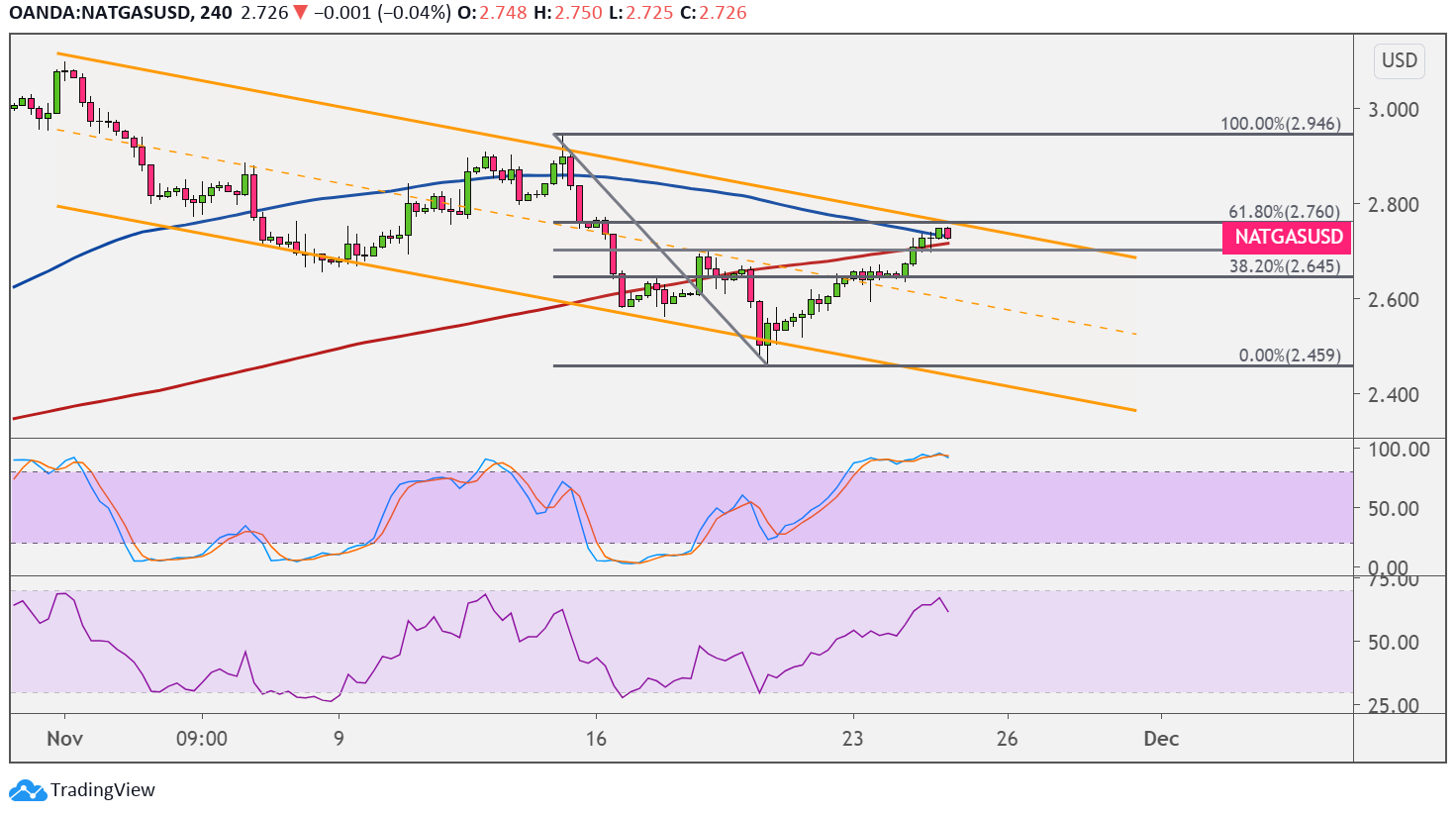 Natural gas enjoyed a strong rally as risk appetite was in play in the latest trading sessions. Hopes for a vaccine being available soon are driving expectations of a return to normal business conditions soon.

In addition, seasonal factors are also in play for more gains in the commodity price. For one, cooling temperatures are ramping up demand for heating commodities and this could carry on for the next few months. In addition, weather disturbances along the Gulf of Mexico are resulting to shut-ins that disrupt production and output.

The upcoming inventory report could provide fresh insight on supply and demand conditions, and analysts appear to be expecting a draw in stockpiles. This tends to spur gains in natural gas prices as it reflects healthy demand and eases oversupply fears.