Nike Inc (NYSE:NKE) stock fell 5.78% (As on June 28, 12:07:38 AM UTC-4, Source: Google Finance) after the company forecast first-quarter revenue below estimates as it expects to discount more and wrestles with pandemic-related disruptions in China, its most profitable market. The company’s inventories rose 23% to $8.4 billion at the end of May as more of its products remain in transit due to supply disruptions. Revenue in the North American market, which accounts for the majority of total sales, declined 5% to $5.1 billion. Sales in China declined 19% to $1.56 billion, mostly because of Covid-19 restrictions in the country. Sales jumped in Europe, the Middle East and parts of Asia, compared with a year ago. Nike recorded a $150 million charge related to its decision to exit Russia and transition of business models in a few South American countries.  The company’s net income fell to $1.44 billion, or 90 cents per share, in the fourth quarter ended May 31, from $1.51 billion, or 93 cents per share, a year earlier. 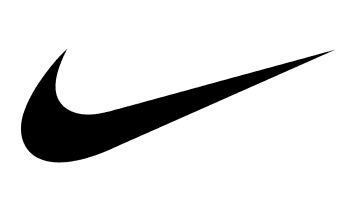 The company had reported 1 percent fall in the adjusted revenue to $12.23 billion in the fourth quarter of FY 22, beating the analysts’ estimates for revenue of $12.06 billion. NIKE Brand Digital grew 15 percent on a reported basis and 18 percent on a currency-neutral basis, driven by double digit growth in APLA, North America and EMEA. NIKE-owned stores declined 2 percent on a reported basis and increased 1 percent on a currency-neutral basis. The Company announced its Board of Directors has authorized a new four-year, $18 billion program to repurchase shares of NIKE’s Class B Common Stock

The company expects first-quarter revenue to be flat to slightly up, below estimates of a 5.1% increase, according to Refinitiv IBES data. Nike also forecast fiscal 2023 revenue to increase in the low double digits percentage range on a currency-neutral basis. Analysts are mixed about Nike’s prospects in China this year even as strict COVID-19 lockdowns have been lifted in several of the country’s major cities, as people cut down on spending and a penchant for home-grown brands such as Li Ning and Anta remains firm.

Nike said its gross margins would be under pressure this year due to higher freight and product costs, and as it discounts more to sell seasonal inventories that arrived late due to supply snarls.