Northern Trust Corporation (NASDAQ:NTRS) stock fell 4.48% (As on Jan 21, 12:07:48 AM UTC-4, Source: Google Finance) after the company posted better than expected results for the fourth quarter of FY 21. Higher revenues, aided by a rise in fee income and net interest income (NII), were a driving factor. Moreover, most credit metrics marked significant improvements. However, net interest margin (NIM) shrank and expense base witnessed a rise. Net income came in at $406.4 million, up 69% year over year. The NII of $370.6 million in the fourth quarter gained 7% year over year, mainly on higher average earning assets to some extent. NIM came in at 0.99%, declining 6 basis points from the prior-year quarter’s level. This decrease chiefly reflects lower average interest rates, partially offset by a favorable balance-sheet volume and mix shift. As of Dec 31, 2021, Northern Trust’s total AUC climbed 12% year over year to $12.6 trillion while total AUM increased 14% to $1.61 trillion. NTRS released credit loss reserves of $11.5 million in the fourth quarter against provisions of $2.5 million reported in the prior-year quarter. Total allowance for credit losses was $184.7 million, down 29% year over year. Total non-accrual assets fell 5.4% to $125.3 million as of Sep 30, 2021. However, net charge-offs were $1.1 million compared with the net recoveries of $5.5 million reported in the year-ago quarter. 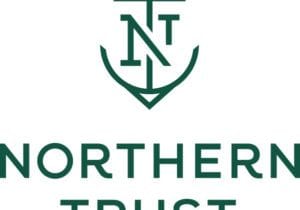 Moreover, as of Dec 31, 2021, Common Equity Tier 1 capital ratio, total capital ratio and Tier 1 leverage ratio came in at 13.3%, 15.4% and 6.9% each compared with 13.4%, 15.9% and 7.6%, respectively, witnessed in the prior-year quarter. All ratios exceeded regulatory requirements. Return on average common equity was 14.5% compared with the year-earlier quarter’s 8.8%. Nonetheless, return on average assets was 1% compared with 0.67% witnessed in the year-ago quarter.

Additionally, during the quarter, Northern Trust returned $148.6 million to its shareholders through share repurchases and dividends. NTRS also cleared cash dividends worth $4.7 million to its preferred stockholders during the current quarter.