Crude oil futures are recording modest gains ahead of the Thanksgiving holiday as the US government reported a larger-than-expected supply build. US crude has been capturing headlines this week after the White House confirmed it would be injecting fresh supplies to global energy markets. Is crude still on track for soaring prices?

Brent, the international benchmark for oil prices, is easing in the middle of the trading week. January Brent crude futures tumbled $0.19, or 0.23%, to $81.14 a barrel on London’s ICE Futures exchange. Brent is on track for a weekly surge of 1.2%, lifting its year-to-date surge to 57%.

According to the US Energy Information Administration (EIA), domestic inventories of crude oil increased 1.017 million barrels in the week ending November 19. This is higher than the market forecast of a 481,000-barrel withdraw. This is also up from the previous week’s 2.101 million drawdown.

Later on Friday, the latest Baker Hughes Oil Rig Count will be released for the week ending November 24. Despite its steady increase, it is still below its pre-pandemic level of around 700.

Global energy markets have been dominated by President Joe Biden agreeing to release 50 million barrels from the Strategic Petroleum Reserves (SPR). This already includes about 18 million barrels that were already authorized for auction and will be given to China and India. 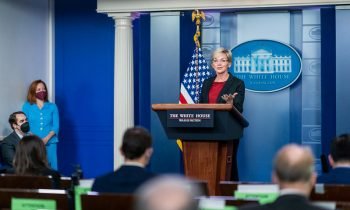 After crude prices surged on the news, it became clear that the financial markets had priced in the decision. But will it do much to curb soaring energy prices?

Today, the US consumes approximately 18 to 20 million barrels per day, so the injection will only power the country for a few days. But Energy Secretary Jennifer Granholm that this is only a small measure tool that the White House is employing to lower prices, referring to it as a “bridge.”

“In December, the price will be about $3.19 a gallon and then in January it’s going to go down,” she noted.

According to AAA, the national average for a gallon of gasoline is about $3.40. This is up from $2.11 the same time a year ago. Crude prices represent roughly half of what motorists pay at the pump.