OrganiGram Holdings Inc (NASDAQ:OGI) stock fell 0.58% (As on Jan 13, 11:02:34 AM UTC-4, Source: Google Finance) though the company was upgraded by analysts at Canaccord Genuity Group from a “hold” rating to a “buy” rating in a research note issued to investors. The brokerage currently has a C$3.25 target price on the stock, up from their prior target price of C$3.00. The company had achieved record net revenue in the quarter, the highest in the history of the company. The company has solidified the No. 4 market share position among Canadian LPs in the recreational market in Canada, becoming one of the few larger Canadian LPs registering market share growth. Subsequent to quarter end, the company has completed an accretive acquisition of Laurentian that expands the product and brand portfolio and bolsters the geographic presence in Quebec. And the company has made further progress on the goal to achieve profitable adjusted EBITDA, which should be accelerated with the purchase of Laurentian. 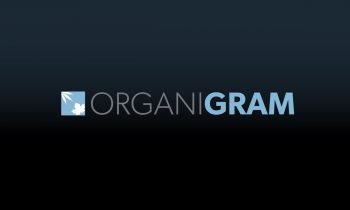 Moreover, Gross revenue grew 75% from Q1 2021 to $44.3 million and net revenue grew 57% from the same period in fiscal 2021 to $30.4 million. These revenue increases were primarily due to higher recreational net revenue, which grew 9% from Q4 of fiscal 2021 and 49% from the same period in 2021, and the resumption of shipments to Israel under our agreement with Canndoc. The cost of sales increased only 21% year over year to $28 million. There was no charge for unabsorbed fixed overhead for unused grow rooms in Q1 fiscal 2022 compared to $2.7 million in Q1 of the prior year. We harvested approximately 11,600 kilograms of flower during Q1 fiscal 2022 compared to about 3,900 kilograms in Q1 of the prior year, an increase of 197%. This increase was directly related to increased yield per plant, along with the increased cultivation planning during Q4 of fiscal ’21 and Q1 of fiscal ’22 to meet the growing demands for the products. Largely due to lower cultivation and post-harvest costs, lower changes in fair value of biological assets, and inventory provisions, the gross margin in Q1 improved to $610,000 from negative $16.7 million in Q1 2021. Further, due to improved revenue and margins, the negative adjusted EBITDA was reduced from $5.7 million in Q1 of 2021 to $1.9 million in the current quarter. The company has also reduced the net loss year over year from $34.3 million to $1.3 million.