Wearables emerged as a growing industry 4 years ago. The most popular products in this category up until now include smart watches and fitness bands. The market seemed to be tapering in the last two hours. However, a Hong Kong startup – Origami Labs – is trying to reverse the trend by introducing a smart ring while widening the wearables market. According to the company, the smart product allows you to answer phone calls.

The new wearable product was displayed during InnoVEX tech show, which was held in Taipei last week. Actually, it was launched last year and the company has sold about 5.000 boxes. Another 5.000 boxes are expected to ship by August this year. The customers come from many countries in Asia, like Hong Kong, Taiwan, Japan, and Singapore, as well as from Europe and the United States.

Features of Smart Ring Orii and How it Works

The smart ring – called Orii – comes with a number of cool features to make the users’ life simpler and easier. The ring provides smartphone notifications, such as text message, for the owner. The wearer can answer phone calls and activate voice assistant using the ring. Just place the ringed finger close to your ear, then you can enjoy the functions. 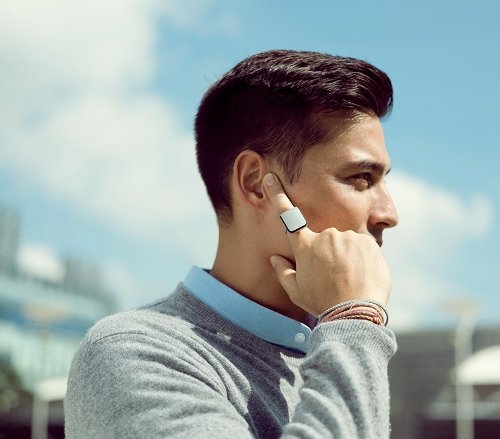 Orii communicates with your phone by means of Bluetooth. It is supported by sophisticated technology that uses your finger bones as a conductor of the sound. But don’t worry, it works painlessly! You will not realize when the conducting process happens as it does not lead to any pain.

The smart ring is supported by a battery that lasts about 48 hours. During this time, Orii serves just like a wireless earbud. The wearables can be a cool stuff to make your life easier, particularly in private setting. It is also helpful when you are on the go. The ring does not require you to hold something to answer phone calls. Just place it near to your ears!

What to Expect from Orii Smart Ring as a New Wearable

The representative of Origami Labs told that the idea behind the new wearables came when  the founders were still students at the Hong Kong University of Science and Technology. The idea was inspired from the fact that many people in their 50s have trouble seeing the smartphone’s screen. Is it possible to use a phone without looking into the screen? Orii makes it possible!

The ring is produced in Taiwan, but the final assembly is done in China. It sells for $160.  Origami Labs can be optimistic about its wearables. The company successfully raied $500.000 in crowdfunding. Furthermore, it closed the funding round at a total of $2.5. This is a great achievement for tech startup. However, the company did not say anything about its plan, whether it is seeing another fundraising round or even an IPO.

Of course, the company still has to answer some challenges to survive with the business. It is a fact that fashion and tech do not mix perfectly. Accordingly, it may not be that easy for the society to accept an idea like this. However, this is a creative idea, which helps mobile individuals or those with limited vision due to age factor.