Forex Brokers That Accept Payoneer for Deposits and Withdrawal

One area where we have had a lot of innovation in the retail forex space is the area of payment services. To be able to trade forex, the trader needs to have an acceptable payment method which is fast, secure and convenient. Many payment channels have been introduced in the last 15 years. However, a major challenge was faced by many traders located outside of Europe and North America, as they were locked out of some of the payment channels of the day in the 2000s decade. PayPal for instance, had a very strict policy regarding who could operate accounts with them. Although this company has relaxed some of the stringent rules on what countries could send or receive money, this was more in reaction to a gradual loss of market share created by rival payment systems that sprang up and took the market by storm. One of these new payment systems is Payoneer. 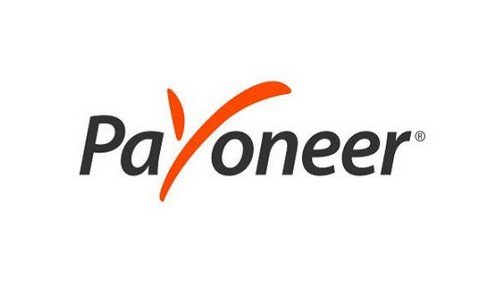 Payoneer is a US-based payment system that came on stream in 2005 to offer users the opportunity to send and receive funds using the Payoneer system at no cost, and also to receive payments from trading activity or services from around the world. Payoneer also offers a prepaid MasterCard, which enables users to withdraw funds from their Payoneer accounts using ATMs located in over 220 countries and territories. Users of the Payoneer MasterCard can also effect online payments and conduct POS transactions all over the world.

With regards to the forex market, Payoneer works with several brokers to provide a system where funds can be deposited into a trading account from the Payoneer online wallet.

Uses of Payoneer in Forex

Why has Payoneer become such a big deal when it comes to forex trading? Here are some reasons as to why this is case.

How Payoneer Works On a Compatible FX Broker Platform

In terms of trading purposes, Payoneer can only be used to fund trading accounts. This is done via the Payoneer MasterCard. Usually, the trader is expected to already have funds loaded onto the card. This can be done by having another Payoneer user send money to the trader’s Payoneer account, or by earning money from other Payoneer vendors such as Fiverr, Upwork, or AirBnB, into the account.

Once funds are in the card, the trader can use the card funding option on the forex broker’s platform to perform the transaction. Payments made into a trading account using the Payoneer MasterCard are usually processed instantly.

Payoneer not only works for forex traders: it can be used to provide affiliate payments to those who are part of an affiliate network for a forex brokerage. In this instance, payments can be made directly to the forex affiliate’s Payoneer account.


As at 2012, there were few forex brokers that used to provide Payoneer withdrawals. These companies were AvaTrade (then known as AvaFX) and Roboforex. At the moment, it is not known whether Payoneer withdrawals are still possible with these brokers.

Most forex brokers would allow deposits using a Payoneer prepaid MasterCard. These can be used just like any other debit card would. Please note that this card is a debit card and not a credit card. Deposits would only be possible if the card is preloaded with funds. Only then can it be possible to perform the account deposit for instant processing and crediting of the trading account. Examples of brokers that allow the use of Payoneer cards include eToro, AvaTrade, EasyMarkets, FxPro, Plus500 and IG.

Some of these brokers have affiliate networks which allow users to withdraw their affiliate earnings to their Payoneer accounts. For instance, AvaTrade has an established forex affiliate service which allows traders to earn by referring other clients to their platform. Earnings are usually in the form of a percentage of spreads generated by the traders. These can be withdrawn to a Payoneer account when the payment threshold has been reached.