Myriad Genetics, Inc. (NASDAQ: MYGN), a molecular diagnostics company, stock plunged 20.92% on June 11th, 2020 and continued its bearish momentum falling over 3.8% on 12th June, 2020 (as of 11:27 am GMT-4; Source: Google finance). Negative note of the analyst Jonathan Palmer from Bloomberg Intelligence led to the stock fall. For the third quarter of 2020, testing revenue declined by 25% compared to the previous year, and the analyst Palmer expects more disappointment from this segment. Myriad depends on its flagship hereditary cancer business for 52% of total revenue and Palmer projects that the test volumes could fall in the range of 70% to 75% during the current quarter. For the third quarter of 2020, due to global pandemic the elective procedure and testing demand got significantly affected. In April 2020, Myriad has delivered volumes for the company’s tests such as hereditary cancer, GeneSight, and Vectra had declined in the range of approximately 70 to 75 percent, volumes for cancer tests such as Prolaris, EndoPredict, and myChoice  CDx  had fallen down in the range of 40 to 45 percent, and volumes for prenatal testing had decreased in the range of 20 to 25 percent. The company has already withdrawn its fiscal year 2020 financial guidance. 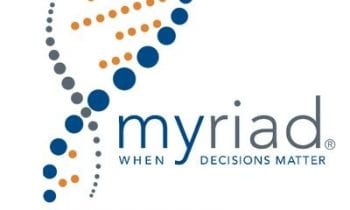 Meanwhile, due to pandemic, the company has amended the credit facility to modify certain terms, with the amendment period running through fiscal year 2021. The company currently has $225 million drawn on the facility on the $350 million credit facility and $224 million in cash and cash equivalents. The company has been working continuously on finding ways to reduce its costs during this crisis to minimize financial losses. The company expects a significant reduction in commissions, marketing, travel and mileage expenses based upon the changes in sales policies as well as lower expenses directly tied to volume.