Stoke Therapeutics Inc (NASDAQ: STOK) stock fell 13.98% on 10th September, 2019 (Source: Google finance) after the company in the second quarter of FY 19 has reported the net loss of 2019 was $7.8 million, compared to net loss of $3.0 million for the same period in 2018. During the second quarter, Stoke completed its initial public offering of 9,074,776 shares of common stock at a price of $18.00 per share, raising $151.9 million of net proceeds after deducting underwriting discounts and commissions. As of June 30, 2019, Stoke had approximately $242.9 million in cash, cash equivalents and restricted cash, which is anticipated to fund operations into 2023. 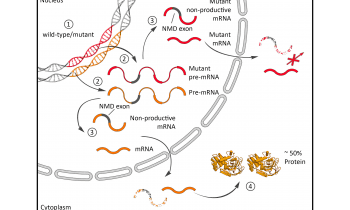 Further, Research and development expense for the second quarter of 2019 was $6.0 million, compared to $1.9 million for the same period in 2018. The increases in expenses for the 2019 periods over the same periods in 2018 primarily relate to increases in costs associated with personnel costs, third-party contracts, consulting, facilities and other costs associated with a growing public corporation.

Meanwhile, the U.S. Food and Drug Administration has recently granted orphan drug designation to the lead product candidate, STK-001, which is an investigational new treatment for Dravet syndrome. The company has also announced enrollment of the first patient in an observational study of children and adolescents ages 2 to 18 with Dravet syndrome. Dravet syndrome is a severe and progressive genetic epilepsy characterized by frequent, prolonged and refractory seizures, beginning within the first year of life. The effects of the disease go beyond seizures and often include cognitive regression or developmental stagnation, ataxia, speech impairment and sleep disturbances. Approximately 85% of Dravet syndrome cases are caused by spontaneous, heterozygous loss of function mutations in the SCN1A gene. This gene encodes the voltage-gated sodium channel type 1 alpha subunit (NaV1.1). Currently available treatments do not address the underlying cause of Dravet syndrome. Even when taking the current standard-of-care regimen, which includes multiple antiepileptic medicines, more than 90% of patients still report suffering from incomplete seizure control.

Moreover, the completion of GLP toxicology studies will support STK-001 investigational new drug (IND) application for Dravet syndrome expected in early 2020. The initiation of Phase 1/2 trial of STK-001 in Dravet syndrome expected in the first half of 2020. The nomination of second product candidate for the treatment of an additional genetic disease is expected by the first half of 2020