TerraForm Power Inc (NASDAQ: TERP) stock surged 26.31% on March 17th, 2020 on decent results but corrected over 11.2% on March 18th, 2020 due to coronavirus fears. The company for FY 19 has reported the Net (Loss) Income attributable to Class A shareholders was $(149) million compared to $12 million in 2018, mainly due to higher allocation of losses to non-controlling interests in the prior year related to the reduction in U.S. corporate tax rates. On a same-store basis, TerraForm Power has reported 2% increase in Adjusted EBITDA in 2019 to $413 million. The increase in same-store Adjusted EBITDA is mainly on the back of reduced O&M costs and liquidated damages due to performance guarantees attributable to the LTSAs with GE. 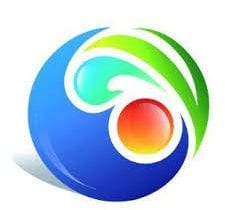 Meanwhile, Brookfield Renewable Partners LP has signed a definitive agreement to buy the 38% stake it does not already own in TerraForm Power Inc. As per the terms of the agreement, each Class A common share of TerraForm Power will be exchanged for the equivalent to 0.381 of a BEP unit, which represents an increase from the exchange ratio of 0.36 that was proposed in January. The current shareholders of TerraForm Power got the option to choose whether to receive, for each share held by them, either Class A shares of Brookfield Renewable Corporation (BEPC), which is a Canadian subsidiary of Brookfield Renewable that will be publicly traded, or limited partnership units of Brookfield Renewable (BEP). The transaction has been approved by a special committee of independent directors at TerraForm Power and the deal is pending the approval of TerraForm Power’s shareholders, other than BEP itself, and is subject to customary closing conditions. The transaction is expected to be completed in the third quarter. During 2019, TERP had executed value-adding acquisitions totaling 400 megawatt, including the acquisition of 320 megawatts of DG solar assets in the United States in the fourth quarter and the recent acquisitions of 145 megawatts of solar plants in Spain, deploying equity of approximately $440 million.

Additionally, with regards to repowerings, TERP has received all permits and a non-materiality determination from the New York Independent System Operator required for the two New York projects that total 160 megawatts, and continue to target commercial operation date in 2021. After signing of long-term service agreements, the company has transitioned 15 out of 16 wind farms in North America to GE, who are providing O&M services, which is an initiative that is expected to reduce O&M costs by $20 million.