Additionally, the company has declared a first quarter 2020 dividend of $0.83 per common share, which is a 3.75% increase over the Company’s prior quarterly dividend of $0.80 per share. The dividend will be payable on April 17, 2020 to shareholders of record as of March 31, 2020. During the fourth quarter, the company had issued 224,256 common shares through its at-the-market (“ATM”) share offering program at an average price of $111.88 per share, for total net consideration of approximately $24.8 million. 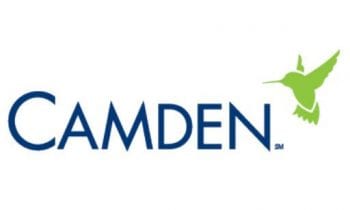 In addition, In October 2019, the Company issued $300 million of senior unsecured notes under its existing shelf registration statement. The company has received net proceeds of approximately $296.6 million, net of underwriting discounts and other estimated offering expenses. In late October 2019, Camden redeemed all of its 4.78% $250 million senior unsecured notes due 2021 and prepaid its 4.38% $45.3 million secured mortgage notes due 2045.

Meanwhile, during the fourth quarter, the Company had acquired Camden Carolinian, which is a 186-home apartment community located in Raleigh, NC for approximately $75.1 million, and acquired Camden Highland Village, a 552-home apartment community with an adjacent 2.25-acre development site located in Houston, TX for approximately $155.2 million. The Company also has completed the sale of its Corpus Christi, TX portfolio and exit of that market during the quarter. The assets sold included two wholly-owned communities with 632 apartment homes, and one joint venture community with 270 apartment homes. Net proceeds to the Company were approximately $75.0 million. After the end of the quarter, Camden had acquired 4.9 acres of land in Raleigh, NC for $18.2 million for the future development of approximately 355 apartment homes.