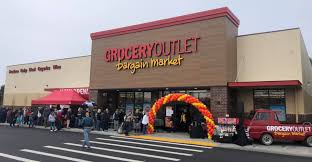 Meanwhile, the company’s buying team is working in overdrive to source more products to meet the increased demand the company is experiencing. On the everyday side, the company’s focus has been on replenishing the need-based products that have seen the largest spikes in sales. This environment reflects the high degree of supply chain disruption. The company will continue to lean on the long-standing vendor relationships and work to develop new supplier partners to capture these opportunities as they become available. The company is working equally hard to get products through the warehouses and into stores. The self-managed distribution centers, third-party partners and transportation fleet are working around the clock to make this happen.

Additionally, for the first eight weeks of the current quarter, the company’s comp sales trends remain healthy, which is consistent with the fourth quarter performance. Beginning in March, the company saw customer demand both traffic and ticket beginning to build in conjunction with concern surrounding the coronavirus. As a result, comp sales increases have been significant across regions.