Kohl’s Corporation (NYSE: KSS) stock plunged 19.49% on November 19th, 2019 (Source: Google finance) after the company posted lower than expected results for the third quarter of FY 19 and has reduced the outlook for the full year. Kohl’s said comparable sales has increased 0.4% from a year earlier in the quarter, after several quarters of declines. However, this increase was less than Wall Street expected. The company said August got off to a strong start due to a successful back-to-school season, but business weakened in September when unseasonably warm weather affected the demand for fall goods. That prompted the competitors to ramp up discounts. Kohl’s reacted by stepping up its own promotions, which affected its profit margins but helped it regain sales momentum in October. The company has entered the holiday period with strong momentum, and are strategically increasing their investments to take advantage of the unique opportunity to accelerate growth and customer acquisition. 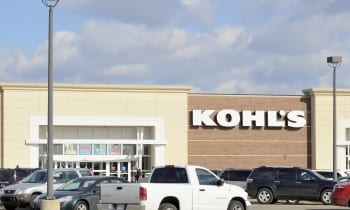 Further, the weaker outlook has raised concerns about the overall department store sector, which has been wrestling with shoppers’ increasing shift to online. Kohl’s is expecting more competition from discount stores like T.J. Maxx, which offer a treasure hunt experience.

Meanwhile, as of this summer, Kohl’s is accepting Amazon returns at all 1,100 stores. The customers can visit a local Kohl’s store and return eligible Amazon items without a box or label. The company has seen increased customer traffic as a result of this move.

Additionally, KSS has declared a quarterly cash dividend on the Company’s common stock of $0.67 per share, which will be payable on December 24, 2019 to shareholders of record at the close of business on December 11, 2019.

For FY 19, the company expects adjusted annual earnings per diluted share to be in the range of $4.75 to $4.95, which excludes $0.22 per diluted share related to the extinguishment of debt and impairments, store closing and other costs recognized in the first nine months of 2019, compared to its prior guidance of $5.15 to $5.45. The analysts were expecting it to be $5.19 per share.