Lululemon Athletica Inc (NASDAQ: LULU) stock fell over 4.6% in the pre market session of 12th December, 2019 (As of 7:41 am GMT-5; Source: Google finance) after the company posted better than expected results for the third quarter of FY 19. During the quarter, the company had opened 19 net new stores and completed six optimizations. Net income for the quarter was $126 million. Capital expenditures were approximately $78 million for the third quarter compared to approximately $73 million in the third quarter last year. The increase is mainly due to store capital for new locations, relocations and renovations and IT and supply chain investment. LULU has ended the quarter with $586 million in cash and cash equivalents, inventory grew 26% and was $627 million at the end of Q3. 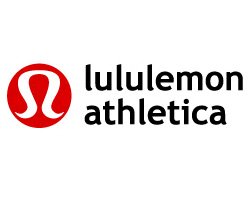 Additionally, LULU had repurchased approximately 44,500 shares this quarter at a cost just under $8 million. During 2019, the company had authorized a new $500 million share repurchase plan of which approximately $328 million of authorization remains at the end of Q3.

Lululemon expects to earn in the range of $2.10 and $2.13 per share in the fourth quarter. Analysts on average had expected the company to earn $2.13 per share. The company forecast fourth-quarter revenue to be in the range $1.32 billion and $1.33 billion, also significantly below Wall Street estimates.