Royal Bank of Canada (NYSE:RY) stock rose 2.67% (As on Dec 2, 12:30:27 AM UTC-4, Source: Google Finance) after the company reported a jump in quarterly profit, as strong growth in its wealth management and capital markets businesses offset weakness in the investor and treasury services units. The country’s biggest lender also raised its quarterly dividend to C$1.20 a share, up 11% from a year earlier. The company also announced the intention to repurchase up to 45 million common shares under a normal course issuer bid. Net profit was C$3.89 billion ($3.05 billion), in the three months ended Oct. 31, up from C$3.2 billion, a year ago largely due to lower PCL. Higher earnings in Personal & Commercial Banking reflected robust volume growth, and in Capital Markets were driven by strong M&A activity. Solid earnings growth in Investor & Treasury Services, Insurance and Wealth Management also contributed to the increase. Pre-provision, pre-tax earnings of $4.8 billion were up 4% from a year ago. 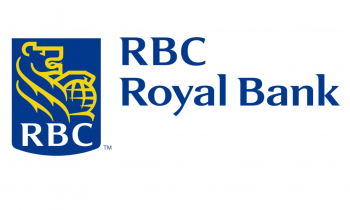 RY in the fourth quarter of FY 21 has reported the adjusted earnings per share of C$2.71, missing the analysts’ estimates for the adjusted earnings per share of C$2.81. As at October 31, 2021, the CET1 ratio was 13.7%, up 10 bps from last quarter reflecting internal capital generation partially offset by strong risk-weighted assets growth supporting client-driven business activities. For the quarter ended October 31, 2021, the average LCR was 123%, which translates into a surplus of approximately $67 billion, compared to 125% and a surplus of approximately $69 billion in the prior quarter. Total PCL was $(227) million. PCL on loans of $(218) million decreased $616 million from a year ago, due to lower provisions in Personal & Commercial Banking, Capital Markets and Wealth Management. The PCL on loans ratio of (12) bps decreased 35 bps, and the PCL on impaired loans ratio of 7 bps decreased 8 bps.