SAP SE (NYSE:SAP) stock rose 4.14% (As on July 22, 11:41:52 AM UTC-4, Source: Google Finance) after the company posted mixed results for the second quarter of FY 22. SAP has also lowered its adjusted profit outlook for the 2022 fiscal year. Meanwhile, SAP announced its latest acquisition today in conjunction with its earnings report. The company has bought Askdata, an Italy-based startup incorporated as INNAAS srl. It provides a platform that enables workers to analyze business data stored in their organizations’ internal systems using natural language commands. SAP didn’t disclose the terms of the acquisition. The company plans to integrate Askdata’s technology with SAP Analytics Cloud, its cloud-based business intelligence platform. 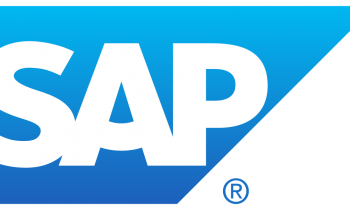 SAP in the second quarter of FY 22 has reported the adjusted earnings per share of 28 cents, missing the analysts’ estimates for the adjusted earnings per share of 44 cents, according to analysts polled for the Refinitiv. SAP attributed the drop mainly to a lower earnings contribution from investment firm Sapphire Ventures, which operated as SAP’s corporate venture capital arm until spinning off in 2011. The company had reported the adjusted revenue growth of 35.9 percent to 7.51 billion euros in the second quarter of FY 22, beating the analysts’ estimates for revenue of 7.32 billion euros. One of the main contributors to SAP’s stronger-than-expected revenue was the rapid growth of its cloud business. The business grew 24% in constant currency, to 3 billion euros. SAP’s cloud backlog, a measure of future revenue, increased 25% to surpass 10.4 billion euros. The growth of SAP’s cloud business during the quarter was driven partly by strong demand for S/4HANA Cloud, its managed enterprise resource planning platform. Companies use enterprise resource planning, or ERP, software to manage core business tasks such as product development, logistics and sales. SAP’s revenue from S/4HANA Cloud jumped 72% year-over-year, to 472 million euros. The revenue backlog associated with the platform, meanwhile, is now 2.25 billion euros after growing 87% from 12 months ago. SAP says more than 650 customers signed up for  S/4HANA Cloud during the second quarter.

The company is now projecting adjusted profit of 7.6 billion euros to 7.9 billion euros, down from the previously forecasted range of 7.8 billion euros to 8.25 billion euros. SAP cited an “impact of approximately €350 million at constant currencies from the war in Ukraine and a potential continued marked decline of software licenses revenue.” SAP expects profitability to improve next  year, with the company projecting double-digit growth in operating profit for 2023.