Seagate Technology Holdings PLC (NASDAQ:STX) stock rose 2.03% (As on Oct 7, 12:44:38 AM UTC-4, Source: Google Finance) after Morgan Stanley analyst Katy Huberty downgraded the stock to “equal weight” from “overweight,” citing deteriorating industry data including rising inventory levels and a drop in corporate spending plans. The stock’s target price has been given $88.00, down from $118.00, implying a 3.35% upside. As per Huberty, Seagate benefits from accelerating data storage growth as enterprises adopt new data technologies like AI & IoT, helping return the company to mgmt’s LT target for 3-6% revenue CAGR. Huberty was bullish on the long-term outlook for STX and the HDD industry, as greater than 50% of HDD revenue and capacity shipments are now to secularly growing end markets such as Cloud and VIA. However, STX isn’t immune to cyclical demand weakness, and he sees early signals pointing to moderating cyclical demand into year-end 2022. The combination of fading cyclical demand, rising channel inventories, and moderating ASP growth create a more balanced risk-reward going forward. 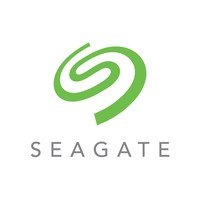 Further, Huberty downgraded the IT Hardware industry view to Cautious as a whole. And Morgan Stanley’s U.S. Equity Strategy Team believes that the market is in the later innings of a mid-cycle transition. And Hardware has been the worst-performing Tech group and underperformed the S&P by 11% over the past four months. Going forward, Huberty is now pointing to emerging cautious data points, including a decelerating CIO Hardware spending growth outlook next year, rising channel inventory, and recent overconsumption of PC, and peripheral products. And these factors serve as a signal of an impending shift to late-cycle — which should bring underperformance for the IT Hardware group.