We have no major movement yet in Silver, the price continue its downward correction in March and closed lower. It might continue moving down this month while waiting for several major events take places.

In April, there is major news to watch:

Silver next direction will wait for further development from both events this month. 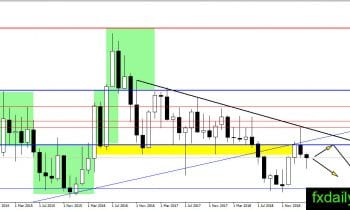 Silver corrected lower in March, confirming a bearish continuation as the price close below February low. This month, we could expect the price of silver continued to move lower. However, there is major news from the fundamental side regarding Brexit and U.S-China trade war. The major movement could happen either up or down.

Traders could continue to hold short positions with a stop above the previous monthly high. 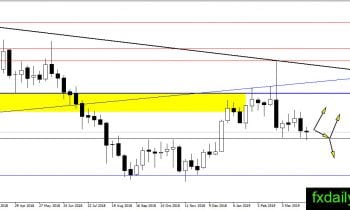 $14.90 act as strong support on the weekly chart and the price could not fall below it. On the latest week, Silver attempt to move lower but the bull reverse the direction upward to close the price near its opening level. If the bull follow-through by pushing the price above the weekly high then Silver has a chance to start new bullish leg. 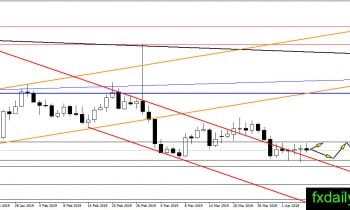 The overall direction of silver on the daily chart is sideways between $14.90 – $15.20. No clue on the next direction yet which suggest traders trade the range until breakout happens.

Bullish: Long positions need to wait for a correction in silver prices. Traders could use the level near $14.90 as the reference level to take long positions. (Same strategy)

Bearish: Short-term short positions could be taken near $15.20 resistance.