Skyworks Solutions Inc (NASDAQ: SWKS) stock surged over 48.3% in this year to date (as of November 15th, 2019; Source: Finviz.com). SWKS in the fourth quarter of FY 19 has reported the adjusted earnings per share of $1.52, beating the analysts’ estimates for the adjusted earnings per share of $1.50, according to the analysts surveyed by FactSet. The company had reported 22 percent decline in the adjusted revenue to $827.4 million in the fourth quarter of FY 19, beating the analysts’ estimates for revenue of $825 million. The revenue for the fourth fiscal quarter is up 8 percent sequentially and excluding Huawei, revenue was up 20%. The company has posted the gross profit in the fourth quarter of $416 million which resulted in a gross margin of 50.3% in line with expectations. Operating expenses were $135 million, which is flat compared to the March and June quarters. 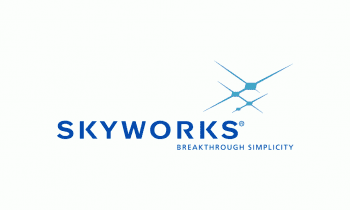 For the fourth quarter of FY 19, the firm reported a big fall in the revenue year-over-year. Even Skyworks’ posted decline in the net income to $210.6 million from the net income of $285.5 million, in the year-ago period.

Meanwhile, at a higher level, the 5G upgrade cycle is now fully under way expanding across four continents with over 80 carriers and an expanding set of smartphone and IoT customers. The company now expect a substantial upgrade cycle as the 5 billion mobile subscribers today migrate from their 3G and 4G devices to 5G creating a significant opportunity for Skyworks. Further, in the company’s mobile business, the traction in 5G is accelerating with design wins at leading OEMs, leveraging the company’s broad and growing set of platforms. The company is ramping more than 10 new LTE-based design wins supporting Tier 1 automotive customers.

SWKS has declared a cash dividend of $0.44 per share of the Company’s common stock, which will be payable on December 24, 2019, to shareholders of record at the close of business on December 3, 2019. In FY 19, SWKS had generated free cash flow of about $1 billion, which is an increase of 16% from the prior year, representing a free cash flow margin of 29%. The company had returned nearly $1 billion to shareholders through buybacks and dividends in 2019.

For the first fiscal quarter of 2020, the company anticipates revenue to be in the range of $870 and $890 million with non-GAAP diluted earnings per share to be of $1.65 at the midpoint of the revenue range.