The U.S job growth slowed significantly in July, highlighting the immediate need for more government stimulus as the resurgence of coronavirus infections keeps threatening to destroy the promising economic recovery. 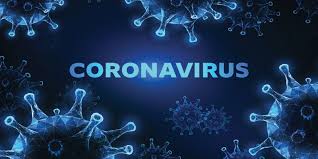 On the other hand, the labor department kept a close eye on the job report back on Friday that came as the democratic leaders in the congress and top white house executives struggled to discuss the fiscal package. President trump that still lags Joe Biden, a former vice president, and also the Democratic Party nominee for the upcoming presidential elections threatened that he would bypass the congress with the executive order.

The recovery of the job is on shaky ground and without any seat belts for the jobless, offered by the extra fiscal stimulus the economy might be on a bumpy ride as indicated by Chris Rupkey, who is the chief economist in New York. In essence, there wouldn’t be any economic growth incase the country would have to continue with the crushing weight of huge unemployment.

The nonfarm payrolls rose by about 1.763 million job opportunities in June after the 4.791 records rise in June. This doesn’t include government jobs that have typically risen by the seasonal quirk that is related to the state and local government education, and temporarily hire for the upcoming census. Furthermore, the payroll surged to 1.462 million, a step down from the previous 4.737 million back in June.

Economic experts previously forecast that 1.6 million jobs have been added in July, whereas this number surpassed expectations. So, the economy has only been able to regain 9.3 million of at least 22 million jobs between February and April.

African Americans continue experiencing high unemployment rates. Also, racial inequality has become a significant theme in the upcoming presidential elections as Canadian Dollar Plunges Down By the News Of Change In Employment.

Economic experts still believe that last month was perhaps the final month of job gains related to workers rehiring after businesses reopened. The $600 weekly jobless benefit supplement that makes up about 20% personal income expired last week. Essentially, hundreds of businesses have already exhausted the loans that had been offered to them by the government to assist with wages. Economists predict this saved about 1.3 million jobs.

On the other hand, bankruptcies are quickly accelerating, particularly in the retail industry. Covid-19 cases have across the United States, forcing officials in many of the worst affected states in the south and west to shut down the businesses or reschedule reopening. This will without a doubt, send the workers back home. The south and west account for over 1/3 of the countries jobs. The increased demand for more services is the worst hit by this respiratory illness.

The slowing job growth challenges the United States stock market expectations for the V-shaped recovery. As this happens, the S&P 500 index is about 50% from the March fall. As a result, the economic experts see a W or V-shaped recovery.

Also, stocks in the wall streets have been trading lower, as this happens the US dollar made some positive trends against its counterparts as the US treasury prices plunged.