SmileDirectClub Inc (NASDAQ: SDC), the newly listed teeth straitening entity, stock fell over 24.4% last week (Oct 7th-11th, 2019; Finviz) and continued its bearish momentum on October 14th, 2019 (as of 11:29 am GMT-4 ; Source: Google financed) on concerns that the third-quarter operational issues will impact the revenue growth and new regulatory risks in California weighing on sentiment. Though most of the broking firms have given buy ratings. The company has reported a net loss of $74.8 million last year, which is more than double the net loss of $32.78 million in 2017. UBS projects 50% compound annual revenue growth by 2023. The company had posted a net loss of $52.9 million for the first six months of 2019.

The company is not yet profitable but Credit Suisse projects the teeth-straightening start-up can reach profitability by 2020. As per Bank of America’s Michael Ryskin, the company is expected to get the benefit from a leadership position in a vastly underpenetrated TAM (total addressable market) and has put the target of $19 on stock.

Meanwhile, the funds raised through an IPO will be used to pay bonuses, to fund the taxes and other obligations relating to its incentive bonus agreements, to redeem LLC units from pre-IPO investors and to fund a dividend to those investors, with the rest to be spent on general corporate purposes. 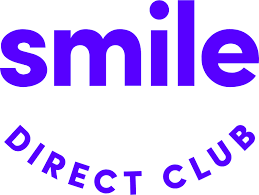 On the other hand, Wolf Haldenstein Adler Freeman & Herz LLP  announced that a federal class action securities lawsuit has been filed in the United States District Court for the Eastern District of Michigan against SDC related with the Company’s September 2019 initial public offering.