State Street Corp (NYSE:STT) stock rose 2.57% (As on Jan 20, 11:25:53 AM UTC-4, Source: Google Finance) after the company reported better-than-expected results for the fourth quarter on the top and bottom lines. The company’s bottom line totaled $697 million in the fourth quarter of FY 21, compared with $537 million, in last year’s fourth quarter. However, the company’s revenue from servicing fees came in below analysts’ expectations, according to FactSet’s StreetAccount. Further, State Street announced that the CEO of its Global Advisors business will retire this year. 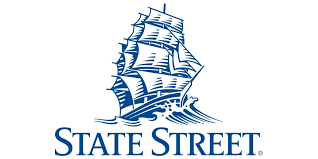 Moreover, the company saw a record AUC/A at the end of the fourth quarter of $43.7 trillion, a year-on-year increase of 13%, largely driven by higher market levels, client flows and net new business. Quarter-on-quarter AUC/A growth was muted, as markets were pretty mixed. At Global Advisors, AUM at year-end increased 19% year-on-year and 7% quarter-on-quarter to a record $4.1 trillion. The year-on-year and sequential quarter increases were both primarily driven by higher market levels, coupled with net inflows. The global SPDR ETF business recorded the highest ever quarter driven by strong US flows pushing total net ETF inflows to $107 billion for the full-year. Fourth quarter management fees reached a record $530 million, up 8% year-on-year and up 1% quarter-on-quarter, resulting in an investment management pre-tax margin of 34% for fourth quarter. The year-on-year management fee results primarily benefited from higher average equity market levels and strong ETF inflows. These year-on-year benefits were only partially offset by previously reported client asset reallocation and money market fee waivers of $20 million in the quarter. The quarter-on-quarter results were largely driven by a slight uptick in equity market daily averages.