Trex Company Inc (NYSE: TREX) stock fell 3.38% on 24th February, 2020 and continued its bearish momentum on 25th Feb, 2020 falling over 0.7% (Source: Google finance) despite decent fourth quarter of FY 19. The company has reported the net income for the fourth quarter of 2019 was $35 million, representing increases of 41% and 42%, respectively, from net income of $25 million reported for last year’s fourth quarter. Meanwhile from June 2019, the company had added two lines in our Nevada facility and an additional line in the Virginia facility. Late in the second quarter of 2020, the company plans to bring online three additional lines at the Nevada facility and an additional line in Virginia. 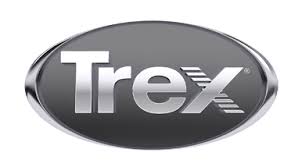 For the first quarter of 2020, the company expects the consolidated net sales to be of approximately $200 million, or 11% ahead of the first quarter 2019, with sales growth in the remainder of the year closely tied to the ramp-up of additional capacity detailed above.