WNS (Holdings) Limited (NYSE: WNS) stock rose 2.97% on January 16th, 2020 after the company  in the third quarter of FY 20 has reported 19.7% rise in the revenue to $239.2 million compared to Q3 of last year and a 5.7% rise from the previous quarter. The revenue less repair payments in the third quarter was $228.2 million, which is an increase of 16.5% year-over-year and a 3.4% increase sequentially. The year-over-year, fiscal Q3 revenue growth is due to growth across several key verticals, services, and geographies. Sequentially, the revenue growth was due to healthy growth with both new and existing clients, and favorable currency impacts net of hedging. Operating margin in the third quarter has fallen to 16.3%, as compared to 16.7% in Q3 of last year and 16.1% in the previous quarter. On a year-over-year basis, the margin had fallen due to the impact of the annual wage increases, lower productivity, and currency movements net of hedging. Sequentially, the margins have improved due to lower share-based compensation expense, improved seat utilization, and operating leverage on higher volume. These benefits were however partially offset due to higher Selling and Marketing and General and Administrative expenses associated with increased staffing levels and bonus provisioning based on updated visibility. 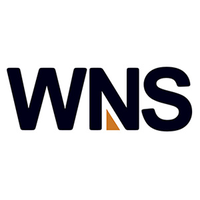 Further, the company has reported the adjusted net income (ANI) in the third quarter to $40.9 million, which is up $2.9 million as compared to Q3 of last year and up $0.3 million from the previous quarter. Year-over-year, profit favorability was due to revenue growth and a low effective tax rate which had more than offset the impact of IFRS 16 and higher share-based compensation expense. Sequentially, the profit had risen as revenue growth and lower share-based compensation expenses more than offset lower operating margins. WNS has ended the third quarter with $280.1 million in cash and investments and $47.5 million of debt. In the third quarter, the company had  generated $62.5 million in cash from operations and incurred $4.8 million in capital expenditures. Third quarter days sales outstanding were 30 days, as compared to 32 days reported in third quarter of last year and 29 days in the previous quarter.